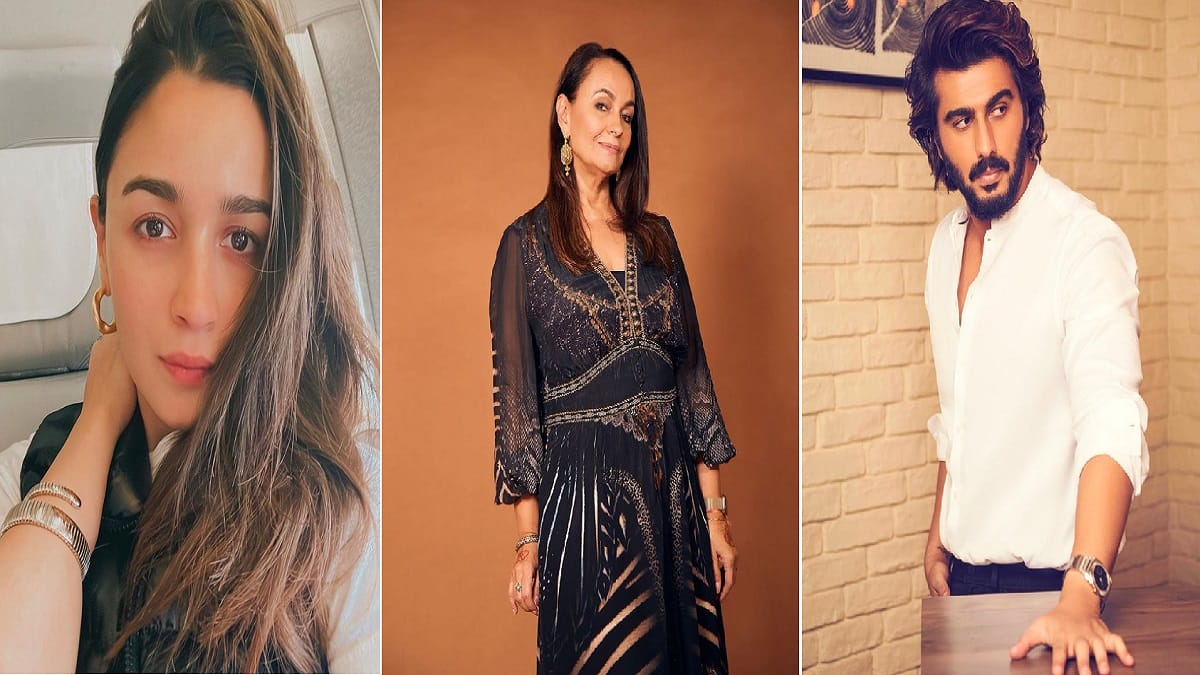 Alia Bhatt surely is going great guns in her career. Recently her latest outing with a south film industry film RRR didn’t do justice to her screen time and reportedly, the actor was extremely irked with the makers of the film who had given the male actors of the film more prominence in the film and the promotion. If media reports are to be believed, director Rajamouli was at the receiving end of Alia’s anger because of this. However, in front of the cameras, Alia stated that she did not really have any bad blood with the makers of the film. Ahem… ahem…

More recently, the actress shared a photo of herself from a flight on her official Instagram handle. Yes, that’s right. In the post, she also revealed that she is leaving for the shoot of her very first Hollywood film and she also opened up about her nervousness. She wrote, “And off I go to shoot my first ever Hollywood film!!!! Feel like a newcomer all over again – sooooo nervous!!!!

No sooner did she post the photo, than her Bollywood counterparts started wishing her all the luck for her Hollywood outing in the comments section. Arjun Kapoor, Alia’s mother Soni Razdan, her sister Pooja Bhatt, her sister-in-law Riddhima Kapoor Sahni rooted for her success amongst others. Soni Razdan wrote, “Wishing you all the luck in the whole world” and left three heart emojis, Riddhima Kapoor Sahni wrote, ” we love you” and left two heart emojis, Arjun Kapoor called her,”International Khiladi” and left a fire emoji with his comment, her sister Pooja Bhatt wrote, “Life is now making possible what was absolutely inevitable! The WORLD is your playground! And you will dazzle even more! So proud!”, she left a high five emoji and a heart emoticon as well alongside her comment.

Well, we all know that ALia Bhatt’s role was cut short in a big-budget south film like RRR, she was literally reduced to nothing ad at the same time we all know that most of the Indian actors along with Irrfan Khan and Anil Kapoor who have shot for Hollywood films did not have chunky roles in them, the only exception to his rule being Priyanka Chopra, now it won’t take long before we discover whether the same fate awaits Alia Bhatt or whether she really manages to grab a good amount of screen time with a worthy role in the Hollywood film!

Till then, keep a close tab on Indiachron.com