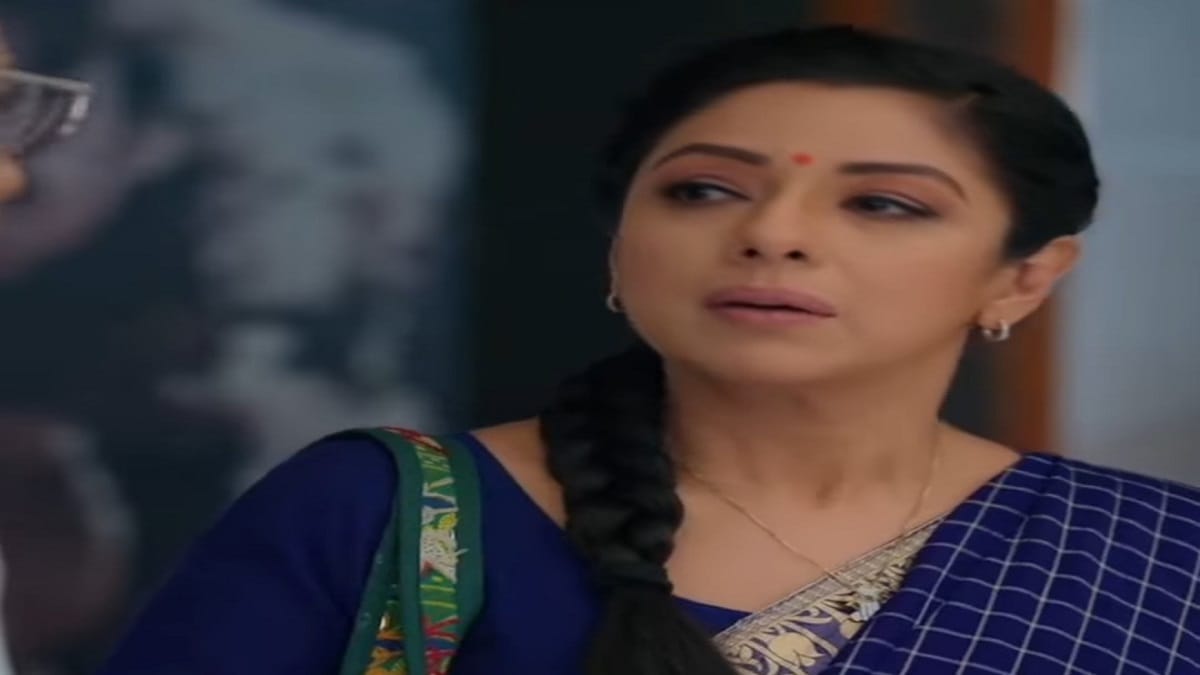 The Friday episode of Rajan and Deepa Shahi’s “Anupamaa” began with Anuj and Anupamaa entering the dance academy while he was humming “Mujhse shaadi karogi”. Samar then shows them the website that he got made for the academy and tells him that they are ready to launch it on Anupamaa’s birthday. Anupamaa is surprised to see Samar taking so much responsibility and gives him a kiss on his forehead. After he leaves to get a few things fixed for the website, Anuj tells Anupamaa that Samar will be fine in a few days. Anupamaa then tells him that she feels Samar has matured before time because of all that he has seen in the family. Anupamaa tells Anuj that people are scared to take the path in which they have got hurt before, she is worried if something like that will happen with Samar. Just then the ring falls off Anupamaa’s hand and they both bend down to pick it up. Anuj then tells her a couple of shayaris that talk about waiting time and saying yes to the proposal.

Meanwhile, at the Shah abode Vanraj is worried that clients are not ready to do business with them as Anuj is not a part of business any more. Just then Bapuji comes home with a lot of things and Baa asks him what it is for. Samar tells them that it’s for February 18th. Vanraj asks him what is on 18th to which he tells him that it’s the day he never remembered, it’s Anupamaa’s birthday. Bapuji tells them that he will be celebrating Anupamaa’s birthday at home. Vanraj taunts him that given the circumstances Anuj won’t be able to throw a party for Anupamaa at a hotel. Bapuji tells him a king will always be the king no matter where he is. Bapuji then gets a text from Anupamaa and she asks him to meet her someplace outside.

Anuj too meets GK, who has brought food for him. Anuj tells him that he has proposed to Anupamaa and GK is happy to hear it. At the same time, Anupamaa tells Bapuji that Anuj has proposed to her and he asks her to say yes. Anupamaa tells him that she knows Anuj won’t change, but she is worried what if the things that happened in her past affect her decisions in this new relationship. She is afraid she might do injustice to her present relationship because of what Vanraj did to her in the past. She tells him that though this will be her second marriage, it will be Anuj’s first and she feels he deserves a perfect life. Bapuji tells her that nobody’s life is perfect and she needs to accept the imperfection life comes with. He asks her to go ahead with it and he will support her.

After a while, Anuj and Anupamaa get some messages on the phone and are shocked to see the news. Vanraj, on the other hand, is happy and is heard saying that it is Anupamaa’s birthday gift. Anupamaa tells Anuj that the news is wrong that Anuj was fired from Kapadia empire. She tells him that Malvika wouldn’t have done it and there is only one person who could have done that.

Meanwhile, Malvika asks Vanraj if he has given out the news. He says that he was thinking it might be her. He then tells her that it must be Anuj and Anupamaa trying to play the victim card and showing how bad a sister Malvika is. Just then Anupamaa comes there and claps to what all Vanraj just told Malvika. He asks her where she came from. Anupamaa tells him that she came from the front door unlike him who opts to choose the back door always.

In the upcoming episodes, we will see that Anupamaa tells Vanraj that he is worried how Anupamaa and Anuj are still working, how they are still so determined. She calls him by his name and tells him that he should be thankful that she hasn’t stooped to his level yet. Vanraj calls the security and asks them to throw her out. Anupamaa tells him that they won’t even touch her because she is Anuj’s Anupamaa and they respect him a lot. She tells Vanraj that that’s what Anuj has earned over the years. To know what happens next, keep watching “Anupamaa”.