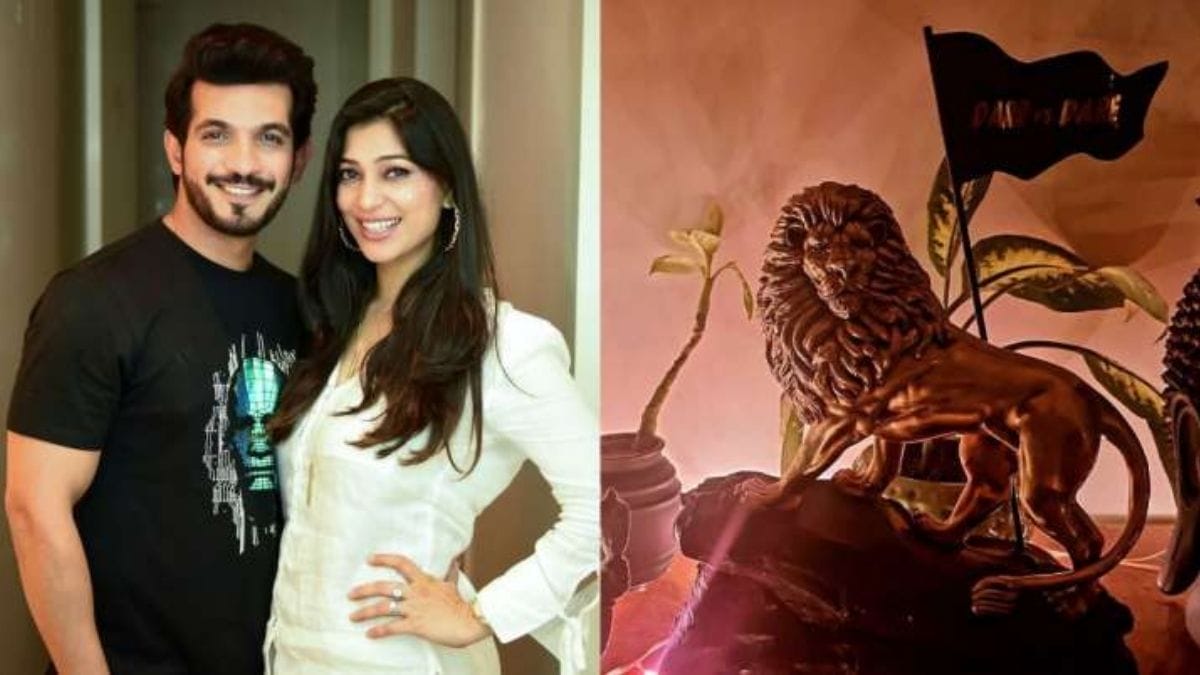 Colors TV’s stunt-based show Khatron Ke Khiladi 11 will witness its finale being scheduled to telecast on 25th and 26th September. But, the winner’s name is already out. This season, the show was shot in Cape Town, South Africa a few months ago but the finale episode was filmed in Mumbai yesterday with all ex-contestants gracing the finale.

In the episodes yet to telecast, the top six finalists viz Arjun Bijlani, Divyanka Tripathi, Shweta Tiwari, Varun Sood, Vishal Aditya Singh and Rahul Vaidya will be seen fighting with each other for the trophy. And by the end of which Arjun will lift the winner’s trophy leaving Divyanka as the runner-up of this season.

Amidst all speculations of the winner’s name, the confirmation was made by Arjun’s wife when she shared a glimpse of the trophy in her Instagram story. Neha Swami Bijlani also shared a picture with him captioning it, “I’m soooooo proud of you my jaan… I know what you have done really.. you deserve all the happiness in the world.. @arjunbijlani 👍🤗🥂🙌”