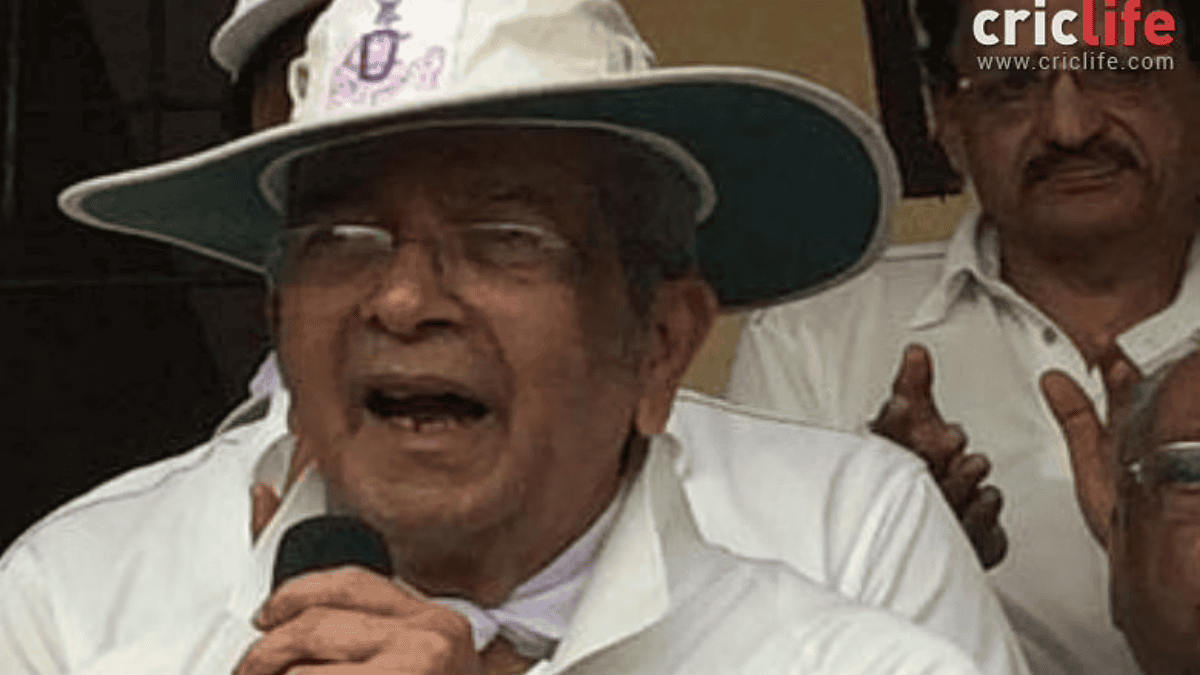 The BCCI on Tuesday condoled the passing away of former cricketer and well respected Coach Vasu Paranjape.

Paranja pe, 83, breathed his last at his house in Matunga on Monday and is survived by his wife, and son, ex-national selector and India player, Jatin.

“The BCCI expresses its grief on the passing away of Shri Vasudeo Paranjape, who served the game in various capacities,” the cricket body said in the statement.

“With his excellent grasp of the game, he shaped the careers of several Mumbai and India stalwarts. Equipped with technical nuances, Shri Paranjape used his man-management skills to great effect.

“He was appointed a Director of Coaching in the ‘80s by the Board and was Head coach of camps for junior cricketers.  Paranjape was also among the first set of coaches when the National Cricket Academy was inaugurated in 2000,” the BCCI added.

BCCI President and former India captain Sourav Ganguly said, “I vividly remember my conversations with Vasu Sir. Not only was he a terrific coach with an eye for detail, but he was blessed with an amazing sense of humor. There was never a dull moment as he would regale us with fascinating stories of cricketers, whom we looked up to while growing up.”

BCCI statement on the passing away of Shri Vasudeo Paranjape.