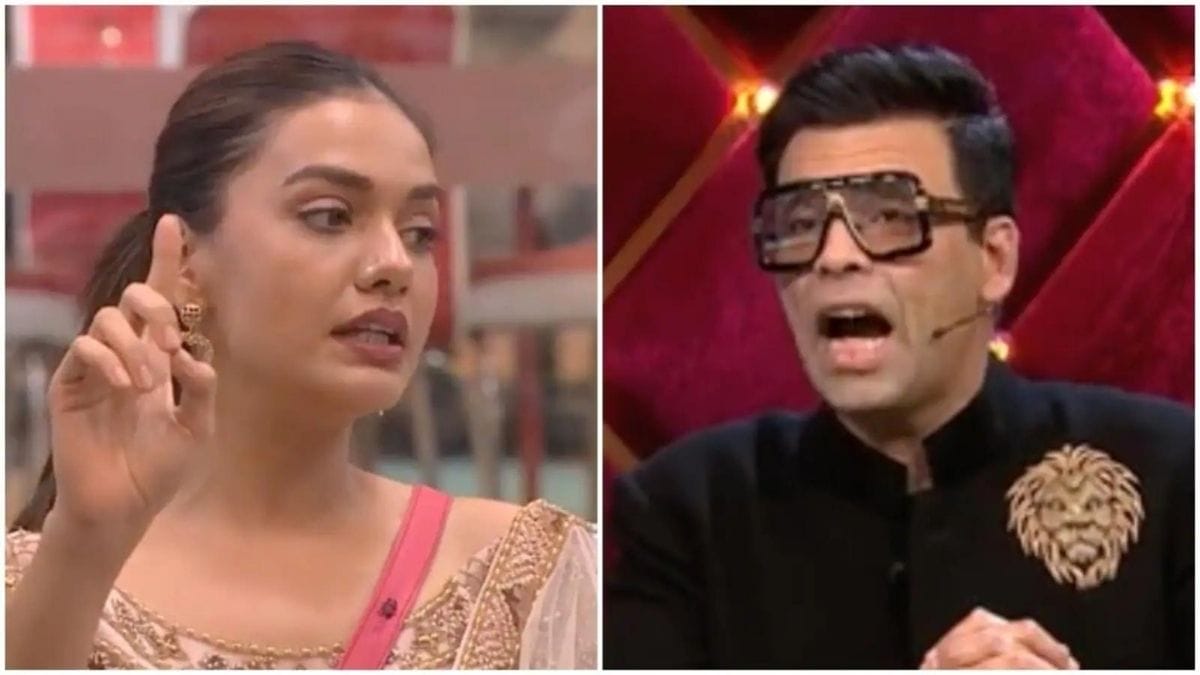 The 50% journey of Indian television’s most controversial show, Bigg Boss OTT Season 1 is about to get over. Tomorrow (29th August)’s weekend episode will mark the third week over for the housemates leaving eight of them to survive for the next three weeks. In the upcoming ‘Sunday Ka Vaar’, along with Karan Johar, the Bollywood diva Sunny Leone is set to grace the show.

This week, Neha Bhasin, Pratik Sehajpal, Akshara Singh, and Milind Gaba are nominated for elimination and either of them leaving will turn the lives of the other three, upside down. Till now, the ones who are eliminated were Urfi Javed, Ridhima Pandit, Karan Nath, and lately Zeeshan Khan, who was evicted this mid-week for practicing violence.

In yesterday’s 24*7 LIVE, the contestants were given a task to recreate Netflix’s upcoming Money Heist Season 5’s title track. They were divided into two teams having the captains, Neha and Pratik taking the judge’s seat. Team B including Shamita, Raqesh, Nishant, and Moose won the dancing competition against Team A which included Akshara, Milind, and Divya.

Later in the day, there was a punishment task where all housemates had to mutually choose the weakest performer of the week. In the series, the trio, Milind, Akshara, and Divya were targeted where Divya chose not to accept the punishment leading to the whole house getting punished.

Today (28th August) in 24*7 LIVE, there will be this season’s first luxury budget task for the housemates where one of the contestants can win some luxury items for themselves. What’s interesting is that like every other weekend, will Divya be again targeted by Karan Johar for all that she has said again this week for KJo.

In one of the episodes, Divya was blaming Karan for her miserable situation in the house. Karan’s ‘may-be’ and ‘according to me’ thoughts for Divya have reflected a bad image of her in and out of the BB house. She was seen adding, “Agar wo bollywood ka raja hai aur uske wajah se mujhe yaha kaam nahi milega, to mai bhukhi pet nahi marungi. Kalaakar hun, yaha nahi to kahi aur kaam kar lungi”.

It would be interesting to see if he addresses this and bores us again with the Divya tale or he maturely walks off this incident. In this exclusive written update by ‘The India Chron’, we will continue to bring in the major highlights happening 24*7 inside the Bigg Boss house. Stay Tuned!