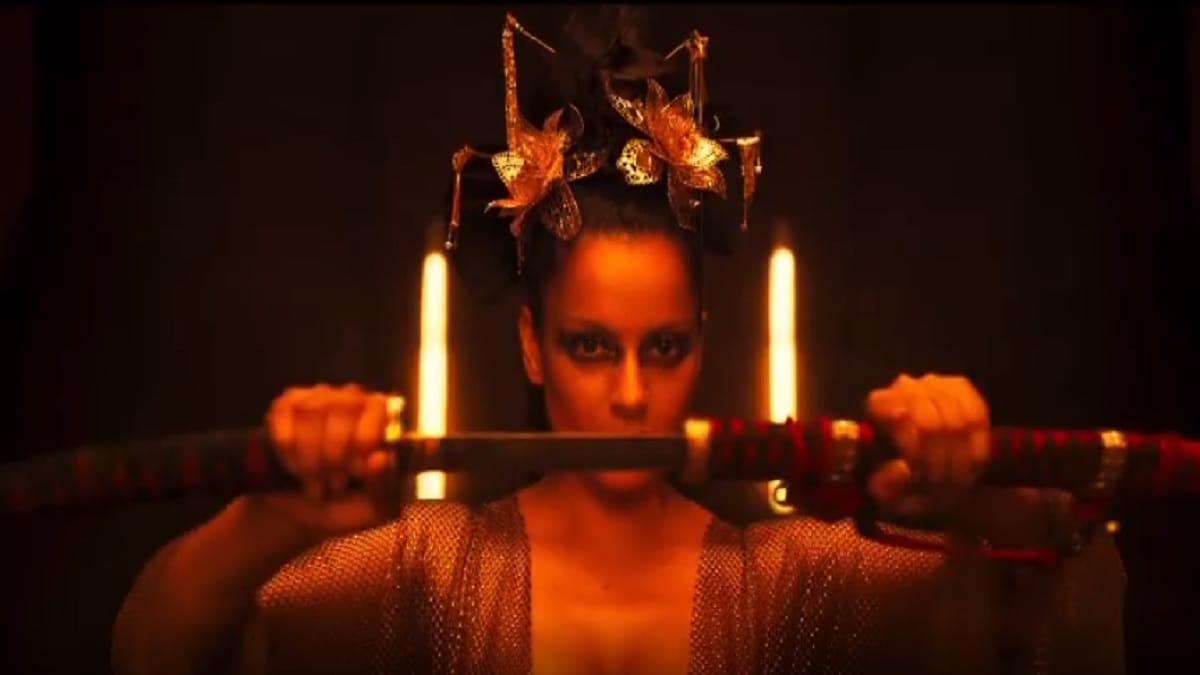 Soham Rockstar Entertainment is all set to unveil the biggest action movie led by a female star in Hindi cinema with Dhaakad. The film also marks a new beginning for the production house as they venture into music production with it as well under their label SRE Music. Today, they have released the teaser of Dhaakad’s new song, titled ‘She’s on Fire’. The song has been composed and written by popular rapper Badshah and sung by him and Nikita Gandhi with the music by Hiten Kumar. Grooving to the rapper’s tunes are Dhaakad’s leading lady Kanagna Ranaut who plays Agent Agni and the film’s antagonist Arjun Rampal who essays the role of the menacing Rudraveer.

The film’s trailer which was released recently took the internet by storm and viewers couldn’t’ stop raving about the scale, the action sequences, Kangana Ranaut’s badass avatar and Arjun Rampal’s villainous turn. Now, it looks like the teaser of the song has led to the anticipation for the song and the film to soar even further.

Talking about this foot-tapping number rapper Badshah says, “The brief for the song was to compose a tune which would be catchy but would also capture the essence of the film and reflect the spirit of its main characters. The title of the song is based on Agent Agni and the way she powers through her mission in the film. Rampal plays the menacing antagonist and the song pits the two of them against each another.”

Kangana Ranaut says, “I had a blast shooting for the song as I love the way Badshah composes them. They are full of life and the tempo gets you grooving. She’s On Fire showcases Agent’s Agni’s power, how she is on this mission and how nothing can stop her from achieving her goal.”

Meanwhile, Razneesh Ghai added, “We had planned to shoot a song for the film which would depict the film’s theme. She’s On Fire does justice to the role played by Kangana Ranaut in Dhaakad. It depicts her as a force of nature who is unstoppable. I am happy with the way the song has shaped up and I am looking forward to the audience’s reaction to it.”

Deepak Mukut said, “We have worked hard on creating a song which is ideal in portraying the spirit of the film. Badshah has done an amazing job in bringing out the thrilling vibe of the film through ‘She’s On Fire’. Even Kangana and Arjun have given it their all in making the song the heart-thumping track that it has turned out to be. The foot-tapping number is groovy and full of energy. I am sure that it will soon be a chart topper and will be played on radio channels and in parties everywhere. This song will be a huge hit.”

Soham Rockstar Entertainment presents Dhaakad which is produced by Deepak Mukut and Sohel Maklai and co-produced by Hunar Mukut. The film is directed by Razneesh Ghai and produced in association with , Kamal Mukut, Sohel Maklai Productions and Asylum films. Dhaakad’s music is produced under SRE Music and it’s distributed by Zee Studios with its worldwide release on May 20, 2022.