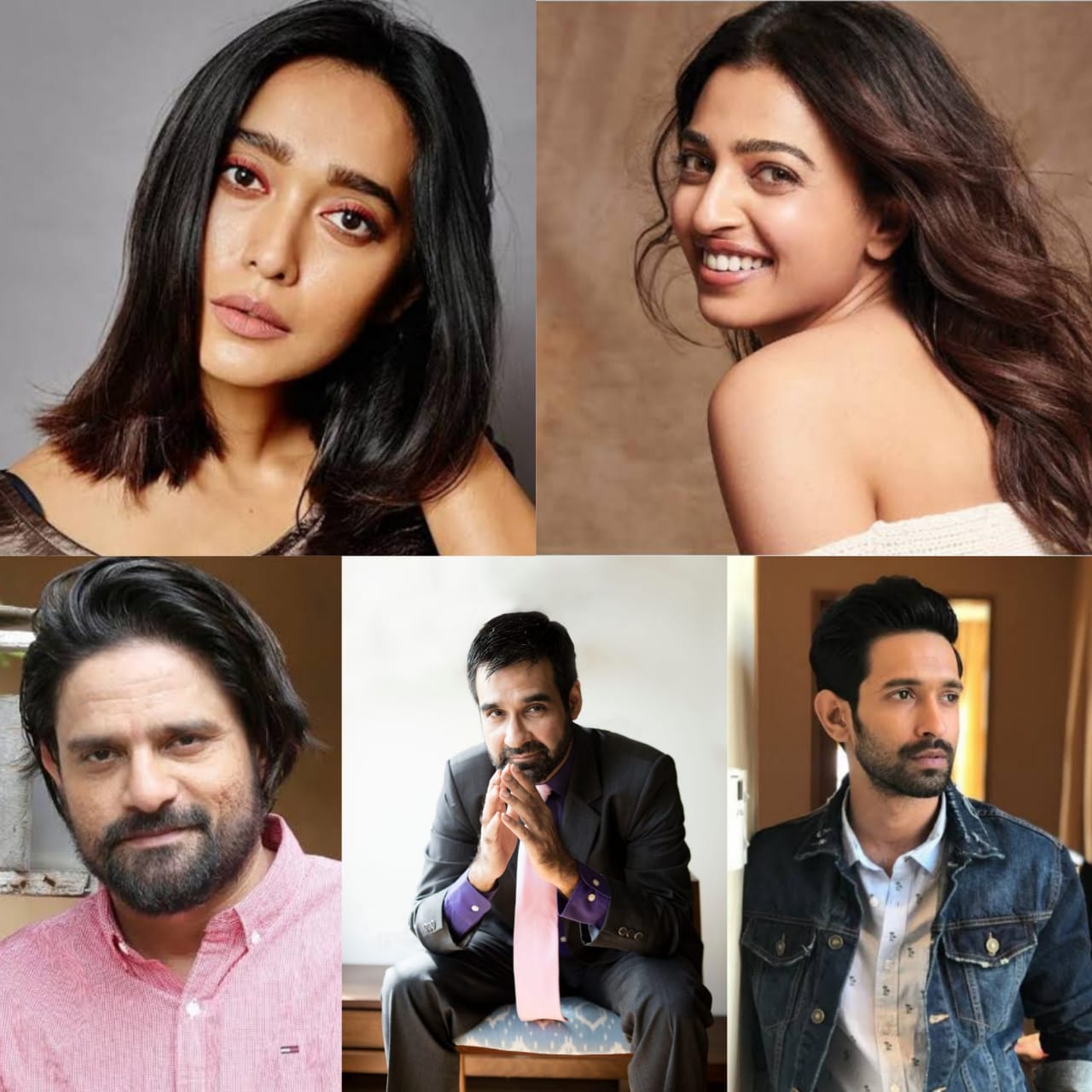 Actors are no longer defined by which medium they most often dabble in. So many performers are today flexing their acting muscles with equal ease both on streaming platforms and films. Here is our pick of five of such versatile talents:

*1. Mukul Chadda:*  Mukul Chadda left New York and a thriving career in finance because his heart craved for a life in the arts. He arrived in Mumbai without a blueprint for his future but memories of doing theatre in college and attending classes at the Lee Strasberg Theatre and Film Institute began to guide his choices. He soon found himself working in films like ‘Ek Main Aur Ekk’ Tu’, ‘Island City’, ‘I, Me aur Main’ etc along with shows like ‘The Office’, ‘Bichoo Ka Khel’ and ‘Gurgaon’. This month, he is celebrating the release of an OTT series, ‘Sunflower’ and the much-awaited film ‘Sherni.’ In the former, which is a dark crime comedy, he plays a rather mercurial, short-tempered character and in ‘Sherni,’ he portrays a rather unimaginative spouse who believes his wife’s government job is a ‘recession -proof’ meal ticket for life. Chadda also played a jovial and rather clueless boss in the Indian adaptation of ‘The office’ and is emerging as an actor who can effortlessly adapt to cinematic and OTT narratives without missing a beat.

*2. Radhika Apte:* From someone who made her debut in 2005  with a fleeting appearance in a now-forgotten film ‘Vaah! Life Ho Toh Aisi!’, Radhika Apte has grown enormously to become the unofficial queen of OTT productions and an acclaimed film actor, be it in a commercial hits like Badlapur’ and ‘Andhadhun’ or  in an independent film like ‘Raat Akeli Hai’. Many credit her with changing the scope and span of female performances in OTT shows. Her ability to exude both charisma and earthy simplicity has seen her churn out flawless performances in titles as diverse as ‘Manjhi – ‘The Mountain Man’, ‘Parched,’ ‘Phobia,’  ‘Pad Man,’ ‘Lust Stories,’ ‘Bazaar,’ ‘A Call to Spy,’ ‘Stories by Rabindranath Tagore,’ ‘Ghoul,’ and ‘Sacred Games.’ Along the way, she has scooped up various awards and also garnered critical and popular appreciation.

*3. Sayani Gupta:* This graduate from the Film and Television Institute of India, is truly a new-age star whose unconventional choices have resulted in a very interesting creative journey. Sayani made her debut in 2012 in ‘Second Marriage Dot Com’ but her breakout role was as the visually challenged love interest of Kalki Koechlin in Shonali Bose’s acclaimed film, ‘Margarita With A Straw.’ She gave another noticeable performance as part of the ensemble cast in Leena Yadav’s  ‘Parched.’ In Anubhav Sinha’s ‘Article 15,’ her wrenching histrionics gave the film much of its truthfulness. In films like ‘Axone,’ ‘Jolly LLB 2,’ ‘Fan,’ and ‘Baar Baar Dekho,’ her presence was unmistakable and each performance was different from the other. She also went on to command stardom in the OTT hit ‘Four More Shots Please!’  Sayani has demonstrated again and again that as an actor, she will never let herself be boxed in a specific genre or format.

*4. Vikrant Massey:* Vikrant’s journey has been chequered and spans diverse platforms. Starting with a 2004 television series,  ‘Kahaan Hoon Main,’ he tried his best to adapt to the entertainment trends of the day by working in shows like  ‘Dharam Veer,’ ‘Balika Vadhu,’ ‘Baba Aiso Varr Dhoondo,’ and ‘Qubool Hai.’ His debut film appearance in ‘Lootera’ (2014), and then a role in ‘Dil Dhadakne Do’ (2015) showed us a glimpse of the actor who has more potential than he has been given credit for. With  2017’s critically acclaimed film ‘A Death in the Gunj,’ he showed what an accomplished actor he really is and even won a  Filmfare Awards nomination in the category of Best Actor – Critics. In the OTT space, he has carved a niche for himself with success stories like ‘Mirzapur,’ ‘Criminal Justice’   and in the second seasons of ‘Broken But Beautiful.’ And bigger film roles are also coming his way, including  the lead opposite Deepika Padukone in  ‘Chhapaak’ (2020) and starring role in  the recent ‘Ginni Weds Sunny,’ opposite Yami Gautam.

*5. Jaideep Ahlawat:* For this FTII graduate, the success of his idol Irrfan Khan was a beacon in the dark years he spent struggling for meaty roles. In 2008, he made his debut in a short film ‘Narmeen’ and went on to play many small parts till his role as Shahid Khan in ‘Gangs of Wasseypur’ (2012) and as Khalid Mir in ‘Raazi’ (2017) got him some much-deserved attention. But stardom and a Filmfare award came with the Anushka Sharma produced web series ‘Paatal Lok.’ This performance  truly heralded his arrival as a star who could lead a show as its protagonist. Even in an anthology like ‘Ajeeb Dastans,’ he stood out for his portrayal of a gay man who is unable to embrace his sexuality openly. Today he is being offered diverse roles in OTT productions and in films. Even as Ahlawat treads a path that  was painstakingly carved by predecessors like Irrfan Khan and Manoj Bajpayee, there is no doubt that he has already created a success story that is uniquely his own.