The Sanjay Leela Bhansali directorial tells the story of Ganga Kathiawadi, a carefree lass from Gujarat who is lured into the meshes of love and is tricked into being sold at a brothel in Mumbai’s infamous red-light district Kamathipura. From thereon begins her journey of becoming the reigning mafia queen in the area who fought for the rights of the women in the flesh trade.

Ganga falls in love with her suitor Ramnik who, aware of her ambition to become an actor inveigles her to flee to Bombay with him. The innocent soul that she is, fills her bags with the cash from her mother’s cupboard and boards a train en-route Bombay with the love of her life. Ramnik sells her into a brothel for a thousand bucks and abandons her. Here she is raped and brutalized and eventually becomes one with her plight. It is not late before she manages to garner the attention of a local political chieftain Karim Lala played by Ajay Devgn and becomes his close aide. With his help, she climbs the ladder of crime and harbours the ambition of contesting the election in the area and winning it. This brings her face to face with her rival Raziabai who will go to any extent to make Gangu’s life a living hell. Thanks to all her underworld connections, she manages to win the election and also ends up meeting the then Prime Minster Nehru. 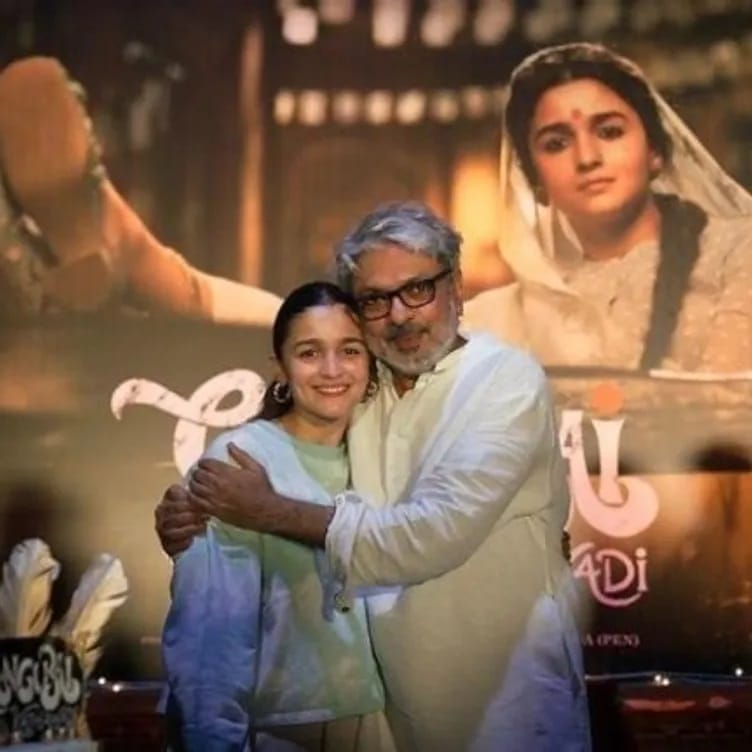 Sanjay’s direction looks a little loose with some careless continuity errors. His grip on characterisation too falls short with the film as the looks and mannerisms of a seasoned prostitute don’t quite fit the bill, especially when compared to the other actresses who have played the role of a courtesan so effortlessly in the past, Mr Bhansali tries real hard to make his Gangubai convincing. Such roles require a certain amount of what I would call a somber calm, a “thehrao” in the demeanour, a certain amount of weight on the face and her very being. This was clearly missing. Well, the intention was to see the 50s and 60s era, whereas the body language of the main characters looked modern. That’s where it all fell short!

The film which is a screen adaptation from one of the chapters of the true-crime reportage bestseller Mafia Queens of Mumbai by Hussain Zaidi has Alia Bhatt playing the lead role. Alia as Gangubai tries her best to look the part. She is a good actress but she tries a little too hard to fit into the shoes of the brothel madam. The first half doesn’t even look convincing. However, things change quite drastically post the interval. This could possibly be because of the sudden change in the graph of her character, the dialogues which were far better than the ones we hear in the first half. Shantanu Maheshwari plays a twenty-something tailor who is smitten by Gangu. His characterisation and mannerisms too are half-baked. In one scene, where there is a gala celebration of his marriage with another girl, there is a shot wherein he has a haphazard look on his face trying to figure out how could the lady who he knew loved him get him married to some other girl and in the very next shot he is seen laughing. His mannerisms too didn’t seem restrained in the scenes he was part of especially when his characterisation required it. He is better off doing bits and pieces on television and ALTBalaji web series. However, this was Mr. Bhansali’s shortcoming, and he probably overlooked all of it. Where is the direction, I ask.

Seema Pahwa was befitting as the madam of the brothel Gangu was sold into. She didn’t have much to do though, as far as continuity errors are concerned there are quite a few in the scenes she was part of as well. Ajay Devgn as underworld don Rahim Lala has a guest appearance in the film, he performs his role to the T. We don’t see much of him in the film but as usual, he acts with his eyes and is good with what he does in the film.

Mr Pallab Chanda’s art direction though stole the show. The sets were an exact look-alike of the buildings in the area, the curved art-deco type constructions that make way for many little lanes lined with theatres are still very much a part of Kamathipura. The background score and music by Ankit Balhara, Sanchit Balhara and Sanjay Leela Bhansali did play their part in evoking emotions in the scenes that required them. The cinematography by Sudeep Chatterjee too was an okay job done which an abundance to low angle shots we see in most of the Bhansali films, nothing stands out though.

There were many inspirations that were taken from several films of the yesteryears, for instance, there is a scene where Shantanu’s character serenades Gangu in a “Baggi”or a horse-cart, the entire sequence seemed to be lifted from Kamal Amrohi’s Pakeezah, where Ashok Kumar is serenading Meena Kumari in a “baggi” with her head resting on his lap. All in all it is definitely a one time watch film but instead of watching in theatres, you can surely wait for it to hit Netflix.