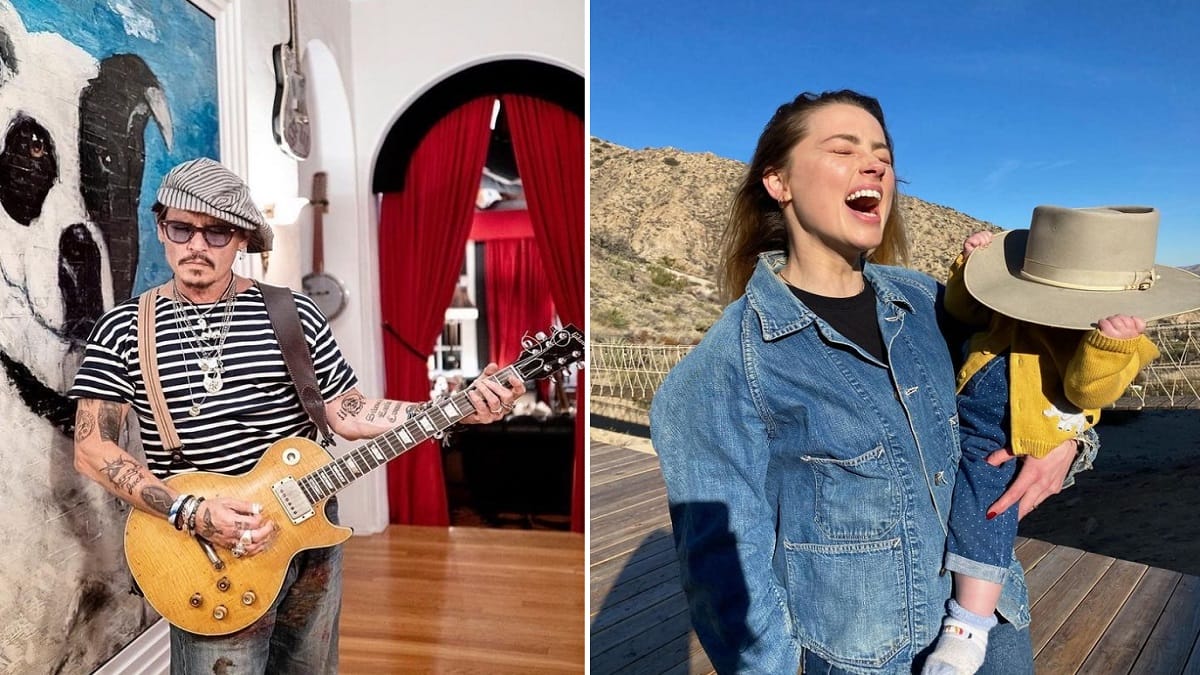 The Amber Heard-Johnny Depp feud is gradually moving one revelation after another. Earlier Johnny had all vile things to say against Amber and now it is Amber’s time to testify in the court of law. So, is Heard giving Depp good? Oh for real she is! The actress who starred in Aquaman 2 was visibly shaken and her eyes welled up as she was called on to say her part of the story. This Depp-Heard defamation suit case has brought out some dirty deets from the duo’s crumbling marriage. Well, the details surely go a long way in proving that their relationship was extremely violent.

Considering that Johnny and Amber had been married for only two years, and in these two years, both parties have been violent toward each other. On Wednesday, 4th April, 2022, Amber took the stands and cried uncontrollably as she said that it was horrible for her to sit week after week and relive everything. Amber also stated that she laughed off his physical abuse because she wanted to trust him and his apologies. Well, it started when Amber asked Johnny about one of his faded tattoos. When Amber asked him what was tattooed, Johnny replied Wino, which made Heard laugh because she thought he was joking. however, Amber then was in for a “huge shock” as Depp “slapped her across the face”. She went on to say, “I didn’t know what was going on. I just stared at him. The Aquaman 2 actress further alleged that Depp slapped her twice and asked, “you think it’s funny, bit**?”

Thereafter things got murkier as Amber revealed that Johnny had done a “cavity search” of her in a fit of drunken rage as he looked high and low for his cocaine.” Well, thereafter Amber’s legal team brought in their first witness psychologist Dr Dawn Hughes who she had shared the incident too, he retold that Depp tore her gown and performed a cavity search for drugs. People.com reported the witness revealed,  “Depp felt it acceptable to rip off her nightgown and stick his fingers up her vagina to look for cocaine and thought maybe she was hiding it there.”

Johnny Depp is suing Amber Heard for defaming him and claiming that he was a domestic abuser. He has sued her for $50 million. Amber Heard has counter-sued him because he smeared her name by calling her a liar.

For more such deets from Hollywood keep  a close tab on Indiachron.com