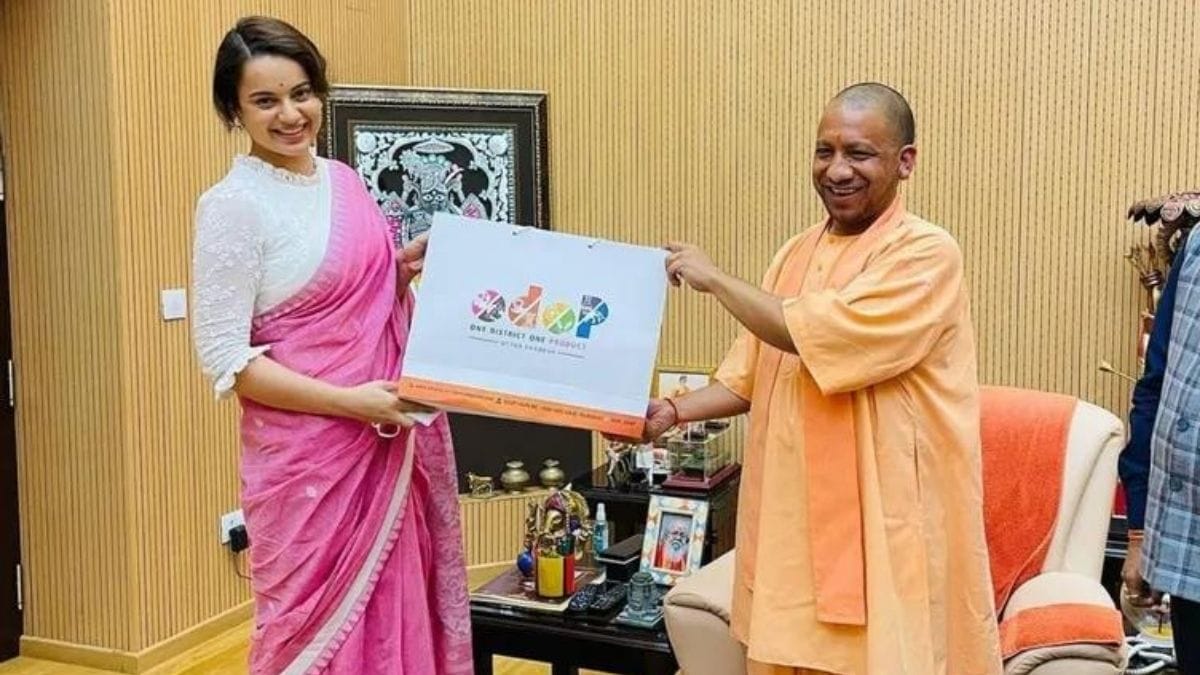 The Yogi Adityanath government of Uttar Pradesh has roped in film actress Kangana Ranaut as the brand ambassador of its highly ambitious scheme ‘One District One Product’ (ODOP).

Additional Chief Secretary of UP, Navneet Sehgal said that film actress Kangana Ranaut met Chief Minister Yogi Adityanath on Friday who presented her ODOP products. Yogi said Kangana will be the brand ambassador of the ODOP scheme. She was also presented with an ODOP gift bag, as evident from visuals that have emerged from the meet.

The Yogi government has launched One District One Product (ODOP) scheme with an aim to encourage such indigenous and specialized products and crafts of UP that are not found anywhere else. The government says that Uttar Pradesh districts produce some products like chikankari, zari zardozi, kala namak rice etc which are found nowhere.

During the meeting, Kangana appreciated the work of the Yogi government in UP while Adityanath invited Kangana to Ayodhya to pay a visit to the holy land. “Ramchandra ki tarah tapaswee raja ka yahan raaj rahein (May the ‘king’ who is like Lord Ram be in power here),” Kangana said, wishing Adityanath luck for the upcoming elections.

Yogi Adityanath gifted Kangana the coin which was used at the bhumi pujan of the Ram Temple, Kangana said, sharing a video on Instagram. Talking about him, Kangana wrote, “He is exceptionally vibrant, genuine and motivating in person…. What a pleasure and privilege to have an audience with this young, fiery and one of the most loved and popular leaders of this nation.”

Kangana wrapped her Moradabad schedule of upcoming movie Tejas and landed in Lucknow, she posted on Instagram, updating her fans about the meeting scheduled between Kangana and Yogi Adityanath. Though the CM’s office called it a courtesy meet, soon after the meeting, the government announced Kangana as the brand ambassador of the government’s ODOP programme.