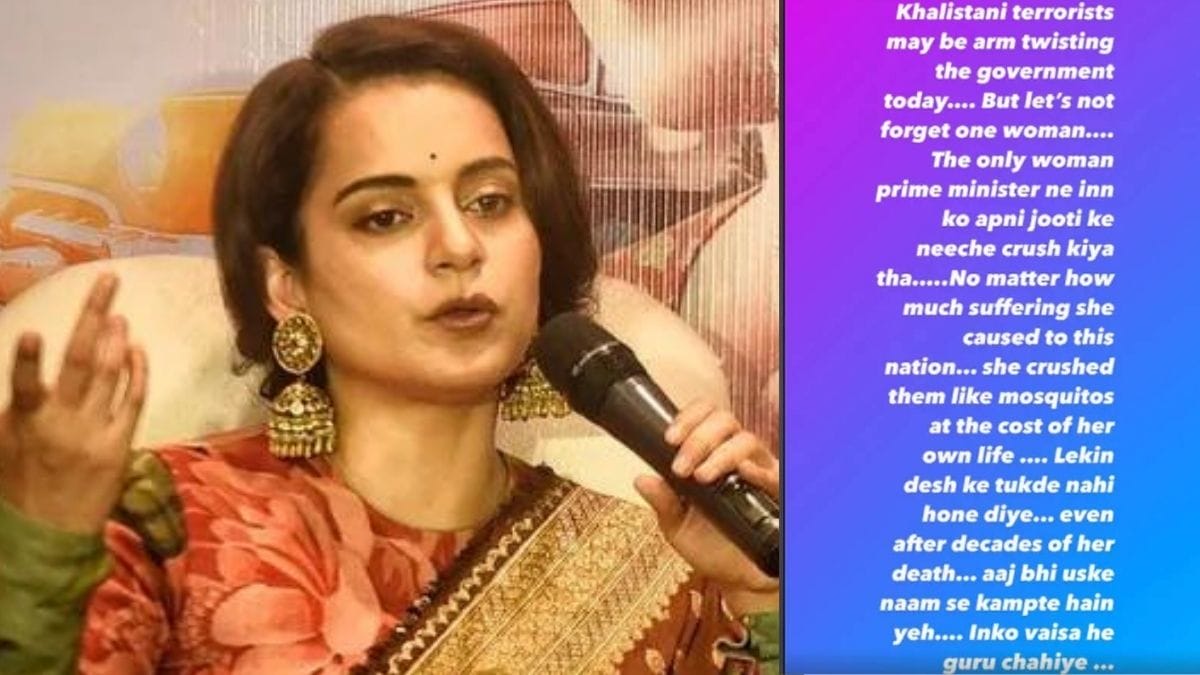 The Delhi Sikh Gurudwara Management Committee recently filed a police complaint against Kangana Ranaut. As per a statement, she had used derogatory word against Sikh community on Instagram. The complaint was filed at the cyber cell of the Mandir Marg Police Station.The Committee said, ” … and (she) further dubbed the Sikh community as Khalistani Terrorists, and recalling the massacre and genocide happened during 1984 and earlier, as planned and calculated move on part of (late former prime minister) Indira Gandhi.“It further said that Kangana used “derogatory and insulting” language against the Sikh community.

Moreover, the statement quoted, “It is submitted that the post is deliberately prepared and shared with criminal intention to hurt feelings of Sikh community. Therefore, I request your office to look into the matter on priority basis and strict legal action may be taken after registering an FIR.”

Meanwhile, Manjinder Singh Sirsa, the Shiromani Akali Dal (SAD) leader and Delhi Sikh Gurudwara Management Committee president lashed out against her, “Kangana’s statement highlights a very cheap mentality. Saying that the three farm laws were repealed because of the Khalistani terrorists is a disrespect to the farmers. She is a factory of hate.” The leader furthe added, “We demand strict action from the government for her hateful content on Instagram. Her security and Padam Shri must be withdrawn immediately. . She should either be put in a mental hospital or in jail.”

However, Kangana had posted on her IG profile previously, “Khalistani terrorists may be arm twisting the government today… But let’s not forget one woman… The only woman prime minister ne inn neechee crush kiya tha… No matter how much suffering she caused to this nation… she crushed them like mosquitos at the cost of her own life… Lekin desh ke tukde nahi hone diye… even after decades of her death… aaj bhi uske naam se kampte hai yeh… Inko vaisa he guru chahiye…”