Kanta Laga Review: Neha Kakkar looks international in this music video featuring Yo Yo Honey Singh and Tony Kakkar alongside 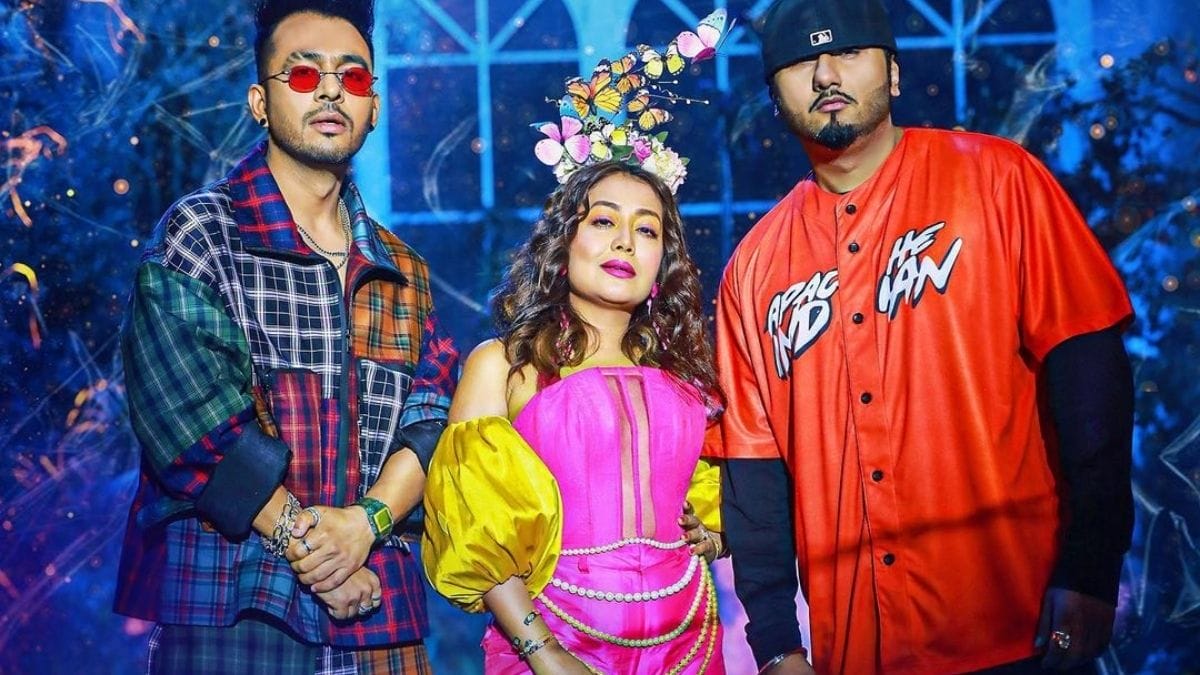 Desi Music Factory’s most awaited music video ‘Kanta Laga’ is out now. Lately, this song was delayed because of Sidharth Shukla’s death as makers decided to postpone the song in his memory. The song is sung by Neha Kakkar, Tony Kakkar and people’s favourite Yo Yo Honey Singh; featuring in the video, are these only.

Presented by Anshul Garg, written and composed by Tony Kakkar, this party song is directed by Mihir Gulati. A major brownie point goes to the set designers and creatives for literally raising a level up for upcoming makers. The set-up looks grand, fascinating and absolutely exposed well in this video. The DOP also deserves a bow, as best of all happening, is captured wisely and is outshining.

The lyrics aren’t as great as all other Tony Kakkar’s songs. His repeating word format is here too but now the audiences are used to it. The part that Yo Yo Honey Singh has, is much better than the rest of the song. He has himself written that rap, along with inputs from Lil Golu and Hommie Dilliwala.

The song is based on the original lyrics of Lata Mangeshkar’s Kanta Laga but is not an official adaptation as everything else is different. Tony and Neha sing, “Raja Tere Mahal Ke Peeche *4, Haanji Tere Tere Bagheeche Neeche Neeche Kyon, Kanta Laga.. Ooi maa”. The lighting and costumes are too absolutely stealing the show.

Coming back to the star of the whole video, Neha Kakkar’s look. Neha has totally taken an international trip and we can’t keep calm. She gives us a Nicki and Cardi feel and throughout the video, looks absolutely stunning and over the top. A collaborative project of Bobby Suri and Anshul Garg, the song shall definitely take the trending charts soon. Watch out for yourself :