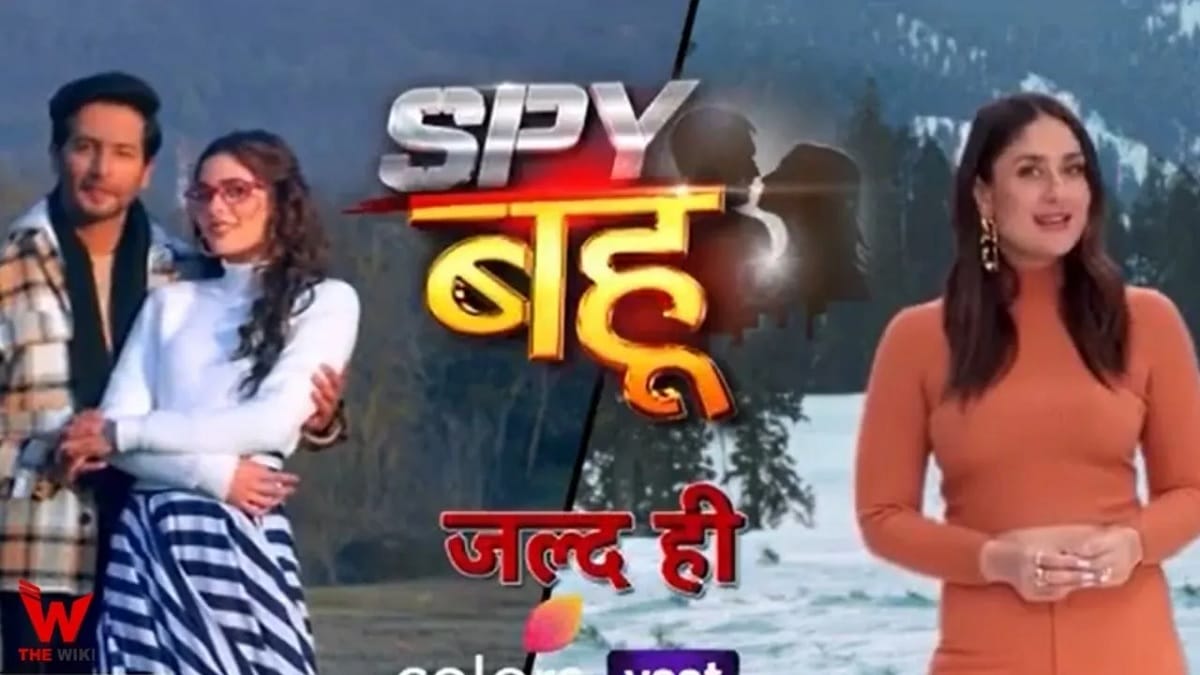 Love is a beautiful emotion, and it is said that you find it in the most unusual places. It has the power to cast a spell on your heart and transport you to another realm that is beautiful and romantic. But what happens when a love story between two people is conceived out of deception and mired in secrets! Marking the dawn of a breath-taking love story, COLORS is set to launch a unique romantic drama, ‘Spy Bahu’. The show follows the journey of a spy, Sejal (played by Sana Sayyad) who sets out on a mission to uncover a suspected terrorist Yohan Nanda (played by Sehban Azim), but ends up falling in love with him. Just like any other couple, Sejal and Yohan are head over heels in love with each other. But at the same time, they both are harboring secrets and are about to take a risk that will make or break their relationship. Produced by Ashvini Yardi’s Viniyard Films, ‘Spy Bahu’ will premiere on 14th March at 9 pm and thereafter air every Monday to Friday only on COLORS.

Nina Elavia Jaipuria, Head, Hindi Mass Entertainment and Kids TV Network, Viacom18 said, “COLORS has always believed in curating differentiated and relatable content for the viewers. Having recently launched a variety of unique fiction offerings like Naagin 6, Parineetii, and Swaran Ghar, we are thrilled to add to our robust lineup, a new romantic drama, Spy Bahu. This show will bring to the audience an exciting new concept, and we are certain that they will find this unusual love story of a spy an absolute treat to watch.”

Based in the city of Jamnagar, ‘Spy Bahu’ revolves around the story of a naïve yet resilient happy-go-lucky girl, Sejal who looks forward to building a secure future for her family. This perfect life of hers is short-lived as she begins to get traumatizing flashes from her past. As she discovers the truth about herself, Sejal’s life takes an adventurous turn, and finds herself in a situation where she is asked to carry out a secret mission. She is recruited by a senior intelligence officer to spy on a man named Yohan Nanda and his family, who is a suspected terrorist. Using her charming persona, she manages to infiltrate the Nanda house and starts observing Yohan like a hawk. But her mission gets vastly complicated as she starts falling in love with Yohan’s mysterious yet charismatic nature. As Sejal gets torn between her line of duty and love, will her romance with Yohan be able to stand the test of time?

Manisha Sharma, Chief Content Officer, Hindi Mass Entertainment, Viacom18 says, “The fascinating combination of love stories and spy thrillers have traditionally held a tremendous impact on our masses. Spy Bahu is a beautiful blend of romance, thriller, drama and intense yet relatable characters. We are confident that this show’s plot will weave a powerful intrigue as viewers witness Sejal’s journey from becoming a spy to falling under the trap of love. We are excited to work with Ashvini, who has been a part of the COLORS family and we look forward to a great partnership.”

Producer, Ashvini Yardi said, “It gives me great joy to collaborate with the channel that I have been an integral part of during its inception. It feels like a homecoming, and I am proud to announce, ‘Spy Bahu’, my first show with COLORS that highlights an invigorating love story with the riveting touch of espionage. Sejal and Yohan’s story is beautiful and absolutely romantic but is shrouded in mystery. The viewers are in for a delight, and I am very excited to see it come alive on screen.”

Sana Sayyad who will be seen playing Sejal’s role said, “Spy stories have always held a special corner in my heart and now I am struggling to wrap my head around the fact that I’m going to be a part of one thanks to ‘Spy Bahu’. I am playing the role of Sejal, a girl who is fun-loving but also very sharp-witted at the same time. She is extremely focused on her mission until she falls in love with Yohan. I am very thrilled and looking forward to this new venture.”

Ahead of portraying Yohan, Sehban Azim said, “There is something quite magical about spy romances that makes them so fascinating to watch. My character of Yohan has many interesting layers to his persona, and I love the enigmatic vibe that he brings to the story. I am eternally grateful to COLORS and Viniyard films for giving me an opportunity to play a character that is so intriguing, and I am very excited to set out on this new journey.”

The channel has devised a robust marketing and digital campaign for the launch of the show. COLORS kickstarted the campaign in a strategic partnership with Kareena Kapoor Khan for the promos of the show. The promos were aired on various television channels including Hindi news, movies, music, kids as well as regional channels. A range of impactful ads across English, Hindi and regional print publications are also being targeted. On the digital front, the channel has created fun spy vlogs with the lead character Sejal (Sana Sayyad) who took the viewers on a behind-the-scenes tour of Hunarbaaz- Desh Ki Shaan and Choti Sarrdaarni. The actor also reacted to spy confessions from netizens during this initiative. COLORS has also collaborated with top comedians with a high social media following to create quirky skits around the title and plot of the show. An extensive media plan is also being implemented across mediums namely Facebook, YouTube, Zappr to increase the awareness of the show