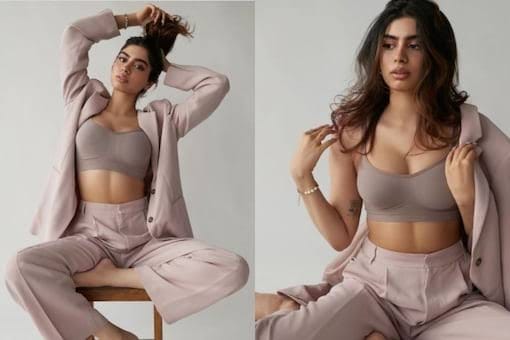 Janhvi and Khushi are the coolest sister duo in Bollywood. From taking vacays together to working out together; the two continue to give us major sister goal. And when it comes to fashion and trends, there is no one like the two of them either.

Khushi Kapoor was seen in pastel shade pants and a jacket which she wore over a gray-brown coloured bralette. In the caption, she wrote, “PowerSuit followed by emojis as she tagged photographer Sasha Jairam and makeup artist Riddhima Sharma.

Khushi Kapoor is very active on social media. She keeps sharing her glamorous photos and videos with her family day in and day out. Each of her photos goes viral on social media. Khushi is all set to make her Bollywood debut soon.

Khushi’s Instagram account was private earlier she made it public some time ago. Since then her fan following has increased further.

Khushi Kapoor also aspires to be an actor like her elder sister Janhvi Kapoor. She has been studying at the New York Film Academy (NYFA). In her ‘student spotlight’ video from NYFA, she had said that she wants to ‘prove’ herself before she works with her family.