Kiara Advani Feels “You Just Can’t Compare” What Male Co-Stars Get To Do In Films, Says “That’s How Scripts Are Written”

Kiara Advani Feels “You Just Can’t Compare” What Male Co-Stars Get To Do In Films, Says “That’s How Scripts Are Written” 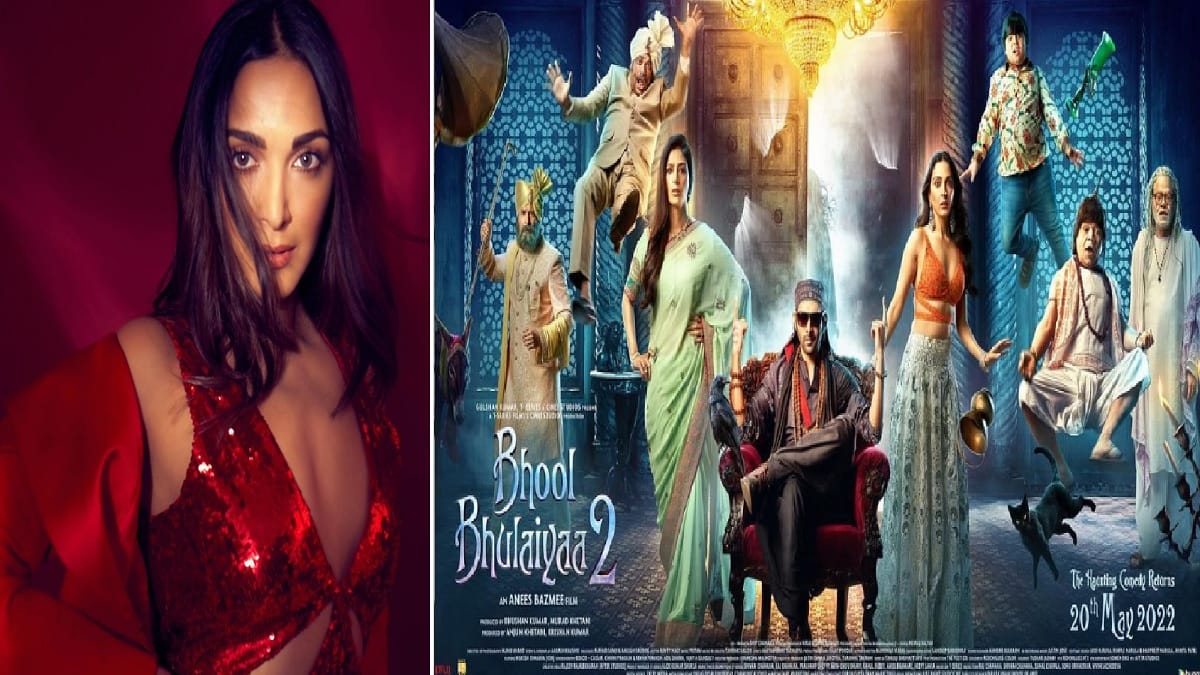 Kiara Advani is one of the most promising female actors in the Hindi film industry. The actress will next be seen in Anees Bazmee’s directorial Bhool Bhulaiyaa 2 which also stars Kartik Aaryan and Rajpal Yadav in lead roles. In an interview with the PTI, Advani stated that in comedies, the female actors, unfortunately, don’t get to do what the male actors do. In fact in most films women are just used as props to accentuate the male attributes and persona on the big screen. However, there are some films like Queen, and now the most recent Dhaakad where women-centric roles dominate the screen.

“It’s very rare that a female protagonist adds a punch. I am still craving to do that. I’m part of these films, they all have had an interesting arc to the characters. But if I’ve to compare it to what your male protagonist is doing (in the film), then you just can’t compare,” Kiara told PTI. Kiara who rose to prominence after her role in the film Kabir Singh, said that women don’t really get meaty roles in comedy films also because “that’s how the scripts are written, It definitely does disappoint. Maybe now’s the time you start speaking up and telling your director that you want more. Maybe now I will start doing that going forward.”

Bhool Bhulaiyaa frontlined by actor Kartik Aaryan is a remake of the Akshay Kumar starrer film of the same name and it starred Vidya Balan in the lead, the film was directed by Priyadarshan. Kiara feels that comedy is a very difficult genre and it doesn’t come naturally to everyone and she also thinks that Akshay and Diljit are very organic when it comes to comic relief. “Comedy is an extremely tough genre but I don’t think it gets enough credit. It doesn’t come naturally to many, some people are just gifted. Comedy with Diljit and Akshay is just so organic. They get that timing correct, which is crucial. That experience made me learn a lot because it was the first time I was doing it. Even in ‘Bhool Bhulaiyaa 2’, everyone was fantastic and gifted and on top of that, when you are being directed by Anees sir, whose hold on comedy is so strong, you are in safe hands.”

Kiara feels it is fair that people will definitely compare the two films because it is a part of a franchisee but their roles are different, “The film takes the franchise forward, with an entirely new script. Certain elements have been retained from the first part, just to keep the nostalgic value alive. There were no apprehensions about stepping into this world, despite being aware that it’s not a forgotten film. What helped me was that it had a new voice. People will compare the two films, and that’s fair because it’s a franchise, but not the characters because we are not playing the same parts.”

For more such exciting stories from the Tinseltown keep a close tab on Indiachron.com

Malaika Arora On Wedding Plans With Arjun Kapoor, “They Have Not Figured…