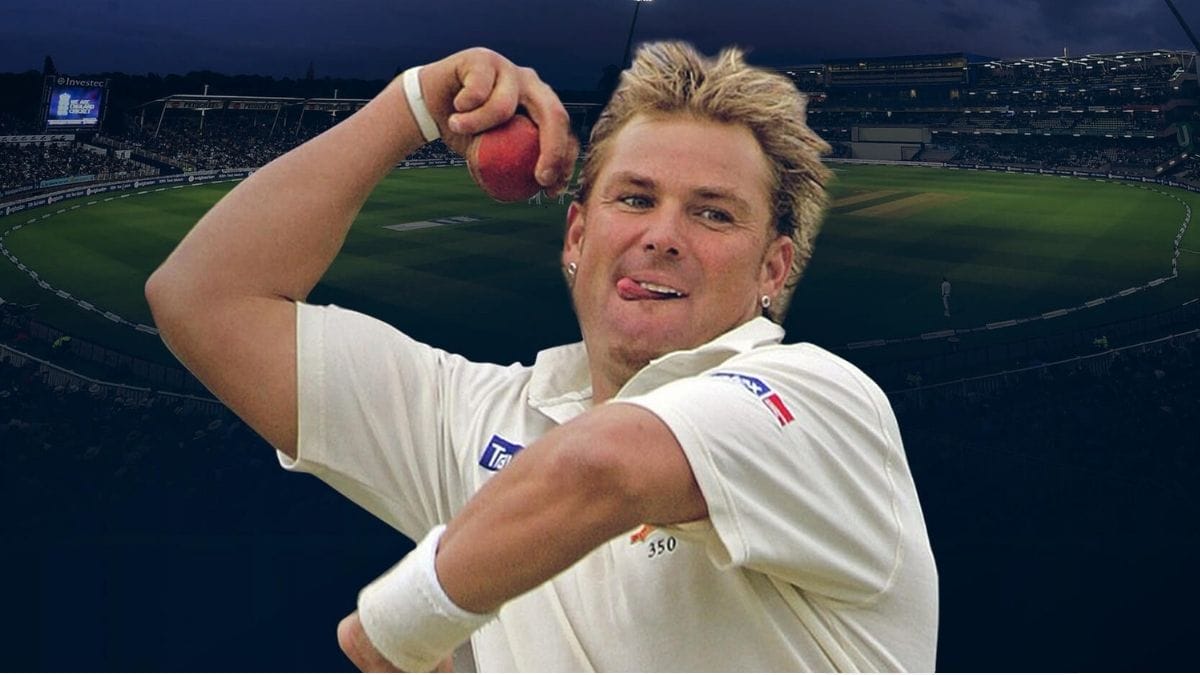 Shane Warne is one of the most legendary bowlers in the history of cricket. He is well known for his popular leg-spin bowling, a bowling style that has led Australia to many glorious cricket victories over the years.

One of the most well-known facts about Shane Warne is that he used to hold the world record for the highest number of wickets (708) taken by any bowler in test cricket.

Warne competed with Sri Lankan bowler Muralitharan in the years 2004 to 2007, with the record changing hands between the two several times, until Warne retired from international cricket in 2007, and the record was conquered by Muralitharan.

But what we wanna focus on in this article are the things that you probably didn’t know about this world-famous international cricketer. For example, did you know that Warne actually started off his athletic career as a footballer;

It wasn’t always obvious that Shane Warne would go on to become an international cricket superstar.

In fact, he started off his athletic career being quite overweight. He weighed 97 kilos in his early years, which is way too much for a bowler at his height of 1.83 meters.

His large build was much more suitable for Australian Rules Football, which is a sport that Warne used to play at a near-professional level back in the late 1980’s, before his cricket career took off.

However, as fate would have it, Warne was delisted from the professional reserves at his local football club and subsequently admitted into the Australian Cricket Academy, and that’s where the cricket superstar that we know today began to take shape.

While Shane Warne is undoubtedly a great cricketer (probably one of the best in the world) he never had much luck with the ladies, and he’s certainly not that guy you wanna be taking marriage counseling from.

Although Warne was married to Simone Callahan from 1995 to 2005, Warne reportedly had several mistresses during the marriage and was caught red-handed sending lewd and sexual text messages to other girls on several occasions.

However, in 2011, lady luck seemed to be on Warne’s side once again as he met English actress Elizabeth Hurley.

The couple quickly fell madly in love, and Hurley moved into Warne’s mansion in southern England under much media fanfare.

However, unfortunately the couple broke off their relationship again in 2013 for unknown reasons

He enjoys betting and gambling

Shane Warne is not only a cricket player, but incidentally he is also passionate about sports betting.

Shane Warne’s first known connection with the betting industry happened in 1994-95 when he and a team member, Mark Waugh, were fined by the Australian Cricket Board for divulging information about an upcoming match to a bookmaker.

This was the one and only time that Shane Warne was involved in a betting controversy during his active career. Since retiring from cricket, Warne has been involved with several other betting companies, including Dafabet and 888poker.

He believes in aliens

Yes, it’s true, Shane Warne once claimed on Australian national television that he believes in aliens.

It was during a talk-show known as “I’m a Celebrity…Get Me Out of Here”, where he made the statement.

In fact, not only does Shane Warne believe in aliens, he believes that the entire human species have somehow descended from aliens.

He has a career outside of cricket

Shane Warne retired from international cricket in 2007, and aside from a few appearances in domestic leagues such as the English Country Championship and the Indian Premier League, Warne has been focusing primarily on other areas of his career.

Warne’s main occupation since retiring from cricket has been to promote a variety of different brands.

For example, Warne has promoted Victoria Bitter (one of the most popular beers in his home country of Australia, along with Messages On Hold and the hair product known as Advanced Hair.

At the time of this writing, Warne is also the brand ambassador of Asian betting site Dafabet, which you can read more about here.

But Warne hasn’t left cricket behind. He is still involved in cricket through his regular contracts as a cricket commentator (mainly on Australian channels, but also on Sky Sports).

But Warne has also served several stints as a cricket coach in the Indian Premier League where he led his team, Rajasthan Royals, during 4 seasons and even managed to win the tournament on one occasion.

There you go. In the last couple of minutes you have just learned a handful of little known facts about Australia’s biggest cricket legend.

Now go out and impress your friends with these amazing Shane Warne facts that they have probably never heard about before!