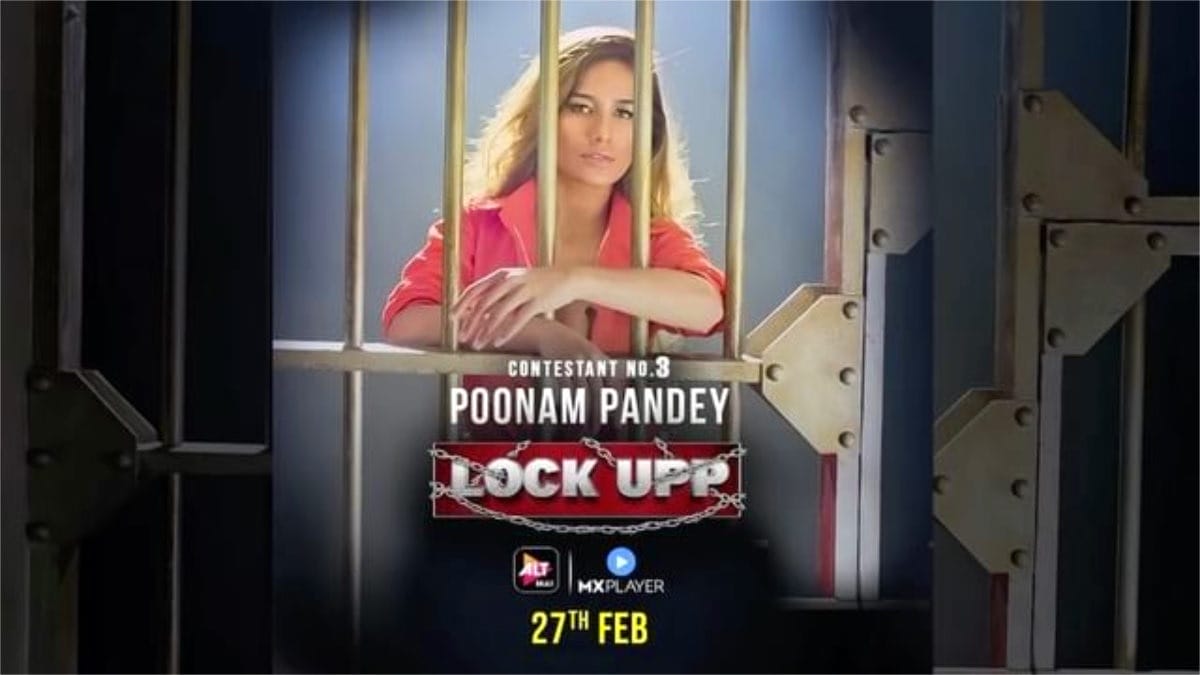 The buzz surrounding the highly anticipated reality show, ‘Lock Upp’ to be streamed on ALTBalaji and MX Player, has been growing by the day. Since its grand launch in Mumbai announcing the fiery Kangana Ranaut as the show host, viewers can’t wait to see all the action, drama, and gossip unfold on their screen.

Amidst multiple rumours and speculation about the next contestant, the makers have confirmed that Poonam Pandey will be the third inmate to join Nisha Rawal and Munawar Faruqui in Kangana’s ‘Lock Upp’. Poonam, a popular name in the modelling and internet world, made her Bollywood debut with Nasha in 2013. Her name has undoubtedly added more glitz and glamour to this fearless captive reality series, taking the hotness level a notch higher.

Poonam Pandey shared, “I am super excited to inform everyone that I am a part of the biggest controversial show in India, ‘Lock Upp’. I don’t know what will happen in there because whatever I have read and have seen about the show, I have understood that I have to perform a task even for my basic necessities and there is no luxury in this Lock Upp. So I don’t know how am I going to pull this off, but I am nervous and excited at the same time.”

Content Czarina Ekta R Kapoor is all set to bring Lock Upp: Badass Jail Atyaachaari Khel with 16 popular celebrity contestants locked up in host Kangana Ranaut’s jail who will compete for the most basic amenities as they fight for the winner’s title. ALTBalaji and MX Player will live stream this show 24×7 on their respective platforms and allow the audiences to interact directly with the contestants, starting 27th February, 2022.