Malaika Arora On Wedding Plans With Arjun Kapoor, “They Have Not Figured Out”, Says She Always Tells Him, “You’re My Man”

Is Arjun Kapoor Unsure About His Relation With Malaika Arora? 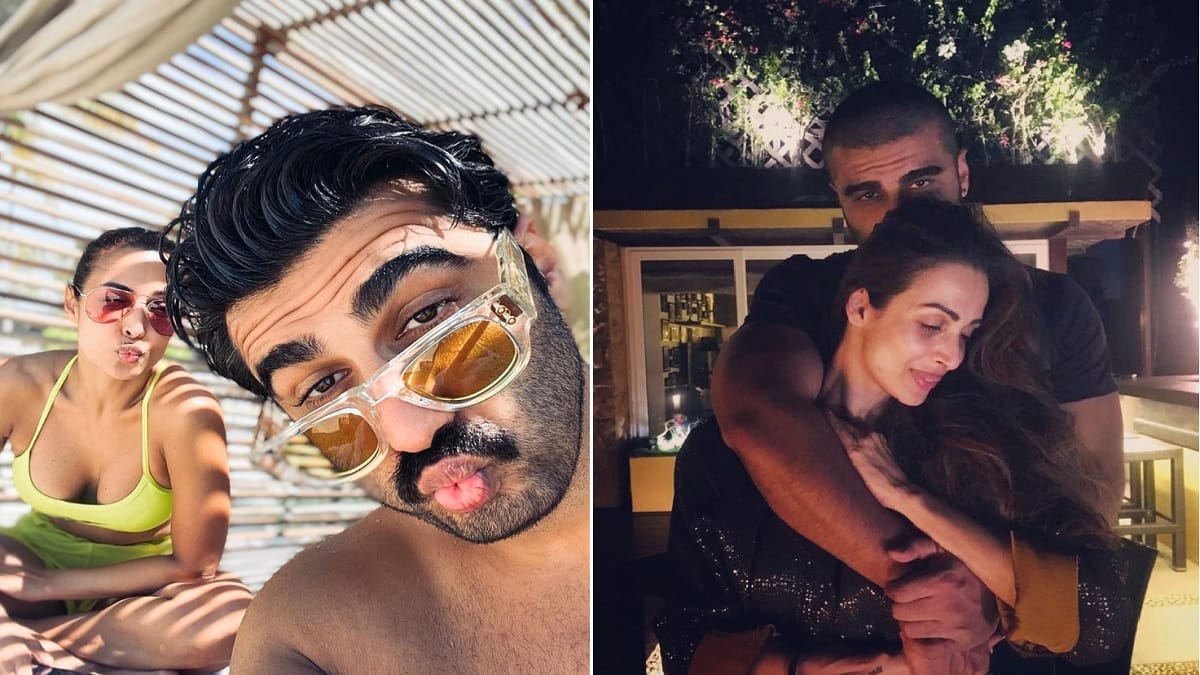 Malaika Arora and Arjun Kapoor have an age gap of a massive 12 years! And yes, no matter what other celebs have to say from their own world of imagination or from where they see things albeit impractically, this age gap is a lot.

In a normal setting, a prospective groom or bride’s parents won’t really accept if the age gap is more than even 5 years for that matter. Because anything beyond that mark is deemed to be too much! And even though some don’t accept it or even pretend not to, later they do realise after issues start happening in the marriage. And now with the age gap being so much between the two at least Malaika knows it for a fact that she won’t find anybody else who would even be remotely interested to invest (time, emotions, physical intimacy, prospect of marriage) in her and that is precisely the reason why she cannot think of separating from Arjun! And well, this is just one factor besides countless others!

At the end of it all, we just keep wondering why it is always Malaika who says whatever she has to in front of the media regarding their relationship and what makes Arjun such a taciturn especially when the lady in the relationship claims it to be a very serious one!

And now, once again Malaika has made a very serious claim. yes, she said that Arjun and she are both very serious individuals and they are on the same page, they talk things over and now they are thinking of taking their relationship to the next level. She even went to the point of saying, Arjun is my man.” Well in interaction with Etimes, Malaika stated, “If you are in a relationship where you are still figuring things out and saying, ‘Oh, I don’t know… that’s not where I stand in my relationship. It’s sacred and important to me.” She continued saying, ” Arjun and I are at a place where we are thinking about the where-next and what-next parts.”

She also went on to indirectly hint at how they discuss every little matter with each other, and that there is a lot more room for them to discover about each other, which again implies that both parties have things hidden from each other as well, “We really get each other. We’re at a mature stage where there’s still room for more discoveries, but we’d love to see a future together and see where we can take it from here. We laugh and joke about it, but we’re damn serious, too,” she stated.

When asked about the next stage, Malaika stated, “one shouldn’t open all their cards at once” and at the same time, she implied that nothing concrete has been decided yet about her marriage with her man Arjun, “We still love our life and romance together every single day. I always tell him that I want to grow old with you. We will figure out the rest, but I know he’s my man.”

Malaika and Arjun didn’t quite speak much about their relationship in the open. Arjun has always kept quiet about their liaison and whenever there was something said, it was Malaika. according to sources who are close to Malaika and Arjun, Arjun had also broken up with her and she was devastated which is why Malaika even refrained from meeting anyone, she also missed the show she was judging for a couple of episodes and later it was on her behest that Arjun posted a photo and kind of confirmed that the two of them are still together and that Malaika was down with COVID which is why she thought it wouldn’t be wise to expose herself. What ultimately becomes of this relationship, only time will tell, till then, all that we have to do is wait and patiently watch because no matter how much you hide, it will come out.

So, for more such juicy updates from filmdom keep a close tab on Indiachron.com