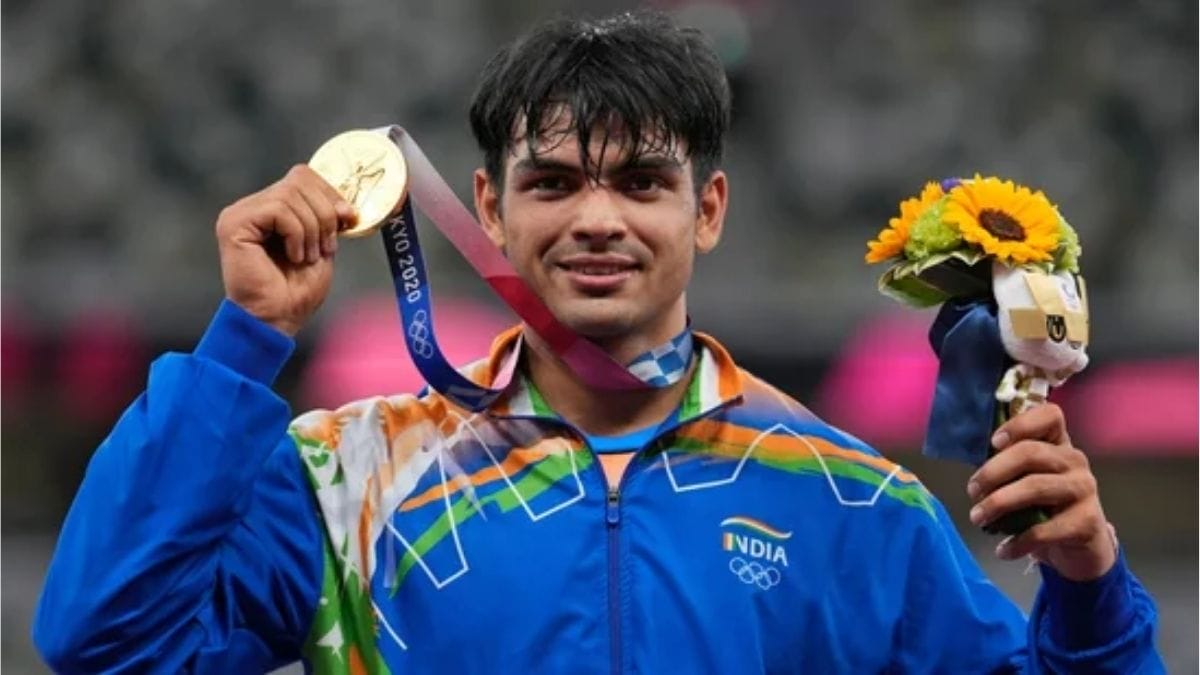 Subedar Neeraj Chopra VSM is the junior commissioned officer in the Indian Army who competed in Javelin throw. Bringing in India’s first Gold Medal,  he broke all records and became an Olympic champion with 87.58m winning throw.

Neeraj was selected as the flag bearer for tje opening ceremony where he represented India at the 2018 Asian Games, which marked his first Asian Games appearance

Subedar is the first Indian athlete to ever win a World title in Track and Field at U-20.  This athlete from Haryana has won gold medals in Olympic games, Asia Games, World Championship, Commonwealth Games, South Asian Games and World Junior Championship.

Even after the elbow injury, his throw of 87.86m had guaranteed his ticket to the Tokyo Olympics. He proudly marched to the finals by qualifying the qualification round with a throw of 86.65m.

The verified account of Olympics tweeted on the win, saying,  “HISTORY. MADE. Neeraj Chopra of #IND takes #gold in the #Athletics men’s javelin final on his Olympic debut! He is the first Indian to win an athletics medal and only the second to win an individual medal! @WorldAthletics | #StrongerTogether | #Tokyo2020 | @WeAreTeamIndia”

Neeraj on winning said, “If you watch the throws again, you can see it’s not the right surface for me. It’s a good surface for all the runners, for all the nice world records and Olympic records on the track, but not for a javelin thrower like me. So it really makes me sad.” This statement felt like the athlete wanted to say he could have done better if the tracks were proper for the javelin throwers.