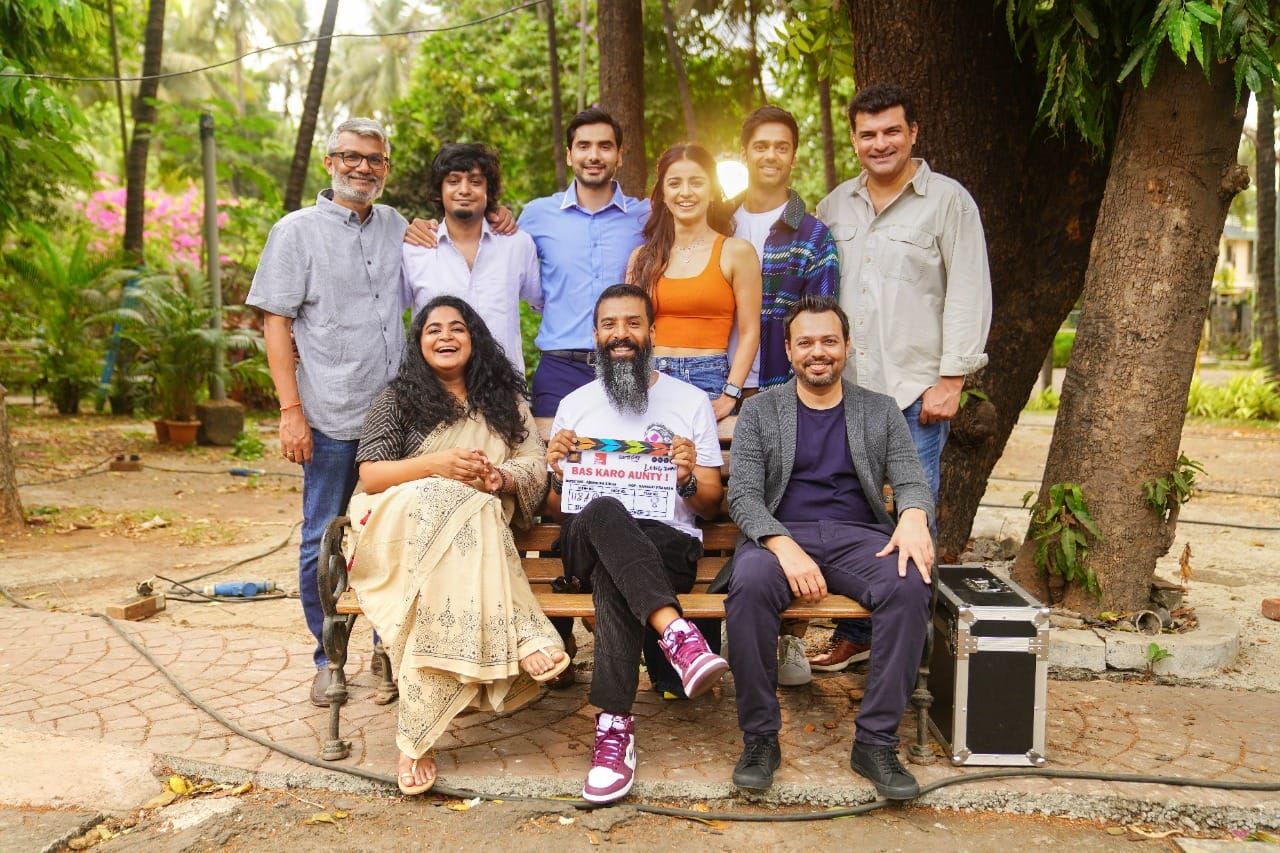 Based on Varun Agarwal’s bestselling book ‘How I Braved Anu Aunty and Co-Founded a Million Dollar Company’ the movie is directed by debutant Abhishek Sinha and stars Ishwak Singh & Mahima Makwana!

The movie is about a real-life experience of millennials and today’s youth and their dilemma, the thrills, risks, and romance of embarking on a new life path and chasing one’s dreams; it tells a hilarious and inspiring story through witty millennial banter and capturing the zeitgeist and entrepreneurial spirit of young India.  The powerhouse makers have reunited after the monumental success of Dangal for Bas Karo Aunty! which stars Ishwak Singh (Rocket Boys, Paatal Lok) and Mahima Makwana (Antim) in the lead. Helmed by debutant filmmaker Abhishek Sinha and written by Nitesh Tiwari and Nikhil Mehrotra, the film will wholeheartedly speak the language of Indian millennials and Gen Z! Filled with fun, emotional and inspiring coming of age moments, Bas Karo Aunty’s shoot has started recently and will be shot across Mumbai.

Creative powerhouse duo Nitesh Tiwari and Ashwiny Iyer Tiwari say, “We found Varun Agarwal’s journey quite captivating, and I’m thrilled about mounting this film on the story of a budding entrepreneur. Our film captures the mood and zeitgeist of the nation: India is young, jubilant, and enterprising, and “Bas Karo, Aunty!” is the perfect response to anyone trying to impede this spirit of enterprise!”

“With Star Studios, we aim to collaborate with the best creative minds and present unique stories that will resonate with wider audiences. Bas karo Aunty! is a joyous story with a young fresh appeal, and we are happy to associate once again with leading content forces – Nitesh Tiwari, Ronnie Screwvala, Siddharth Roy Kapur and Ashwiny IyerTiwari to present this fun entertainer!” said Bikram Duggal, Head of Studios,Disney Star.

Siddharth Roy Kapur of Roy Kapur Films says, “Bas Karo Aunty! is a film that has thepotential to resonate across the young generation that has embraced the hustle culture worldwide. While most people of this generation are navigating their careers and figuring out their skill set, they’re pitted against powerful odds. The meddlesome Anu Aunty is a personification of those obstacles. This is a story of joy and triumph, and I’m happy to have aligned forces with Bikram,Nitesh, Ronnie and Abhishek to tell this story.” “I’m happy to reunite with Star Studios,Siddharth and Nitesh for Bas Karo Aunty! premised on a funny and inspiring story that is sure to hit it off with people who have an entrepreneurial streak,” said Ronnie Screwvala – RSVP.

Director Abhishek Sinha says, “Director Abhishek Sinha says, “Nothing beats the thrill of bringing a relatable story to the audience for a filmmaker. I’m excited to be directing a film written by my mentor and one of the closest friends Nitesh Tiwari in collaboration with Nikhil Mehrotra along with stalwart producers like Star Studios, RSVP, Sid Roy Kapur films, and Earthsky productions helmed by Ashwiny Iyer Tiwari and Nitesh Tiwari. As a team they gauged the merit of this hilarious, heart warming and inspiring story. This film is our cinematic salute to everyone brave enough to go after their dreams.”