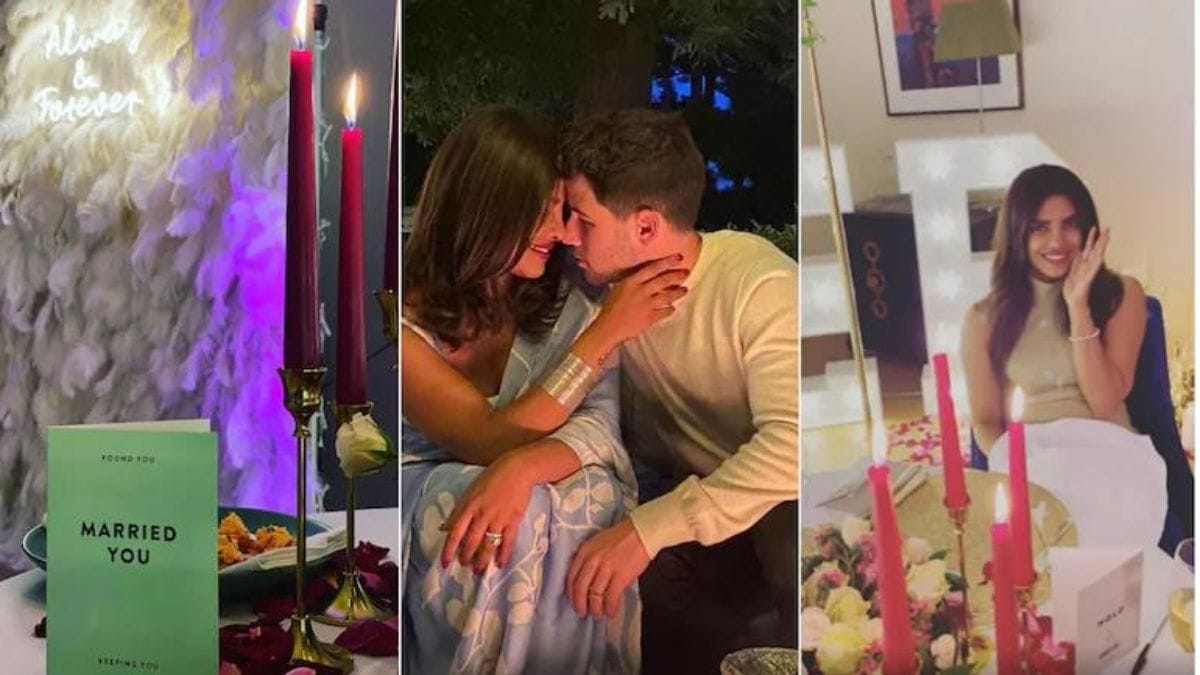 Priyanka Chopra and Nick Jonas completed three years successfully on December 1. Their special day took place in London and went on a romantic candlelight dinner date. A series of videos and pictures from their 3rd anniversary celebration were shared by the couple on their respective social media accounts.

Nick captioned to the post, “3 years,” while the Matrix actor wrote alongside, “living the dream” and tagged her husband with heart emojis. Another side, the actress shared a post that comprised of a photo of the dinner table decorated with a card with a special note– “Found you, Married you, Keeping you.”

Meanwhile, their posts come almost a week after Priyanka removed her husband’s surname from her name on her social media handles.

Moreover, both of them, were also seen having fun at a date night at the Fashion Awards 2021 at the Royal Albert Hall in London.

Apart from this, NickYanka, as they are known for getting married on December 1 and 2, 2018 in a Christian and a Hindu ceremony.

On the film front, Priyanka was last featured in the Netflix film ‘The White Tiger’ opposite Rajkummar Rao. Her forthcoming Bollywood project will be Farhan Akhtar’s road-trip film, Jee Le Zaraa, alongside Alia Bhatt and Katrina Kaif.