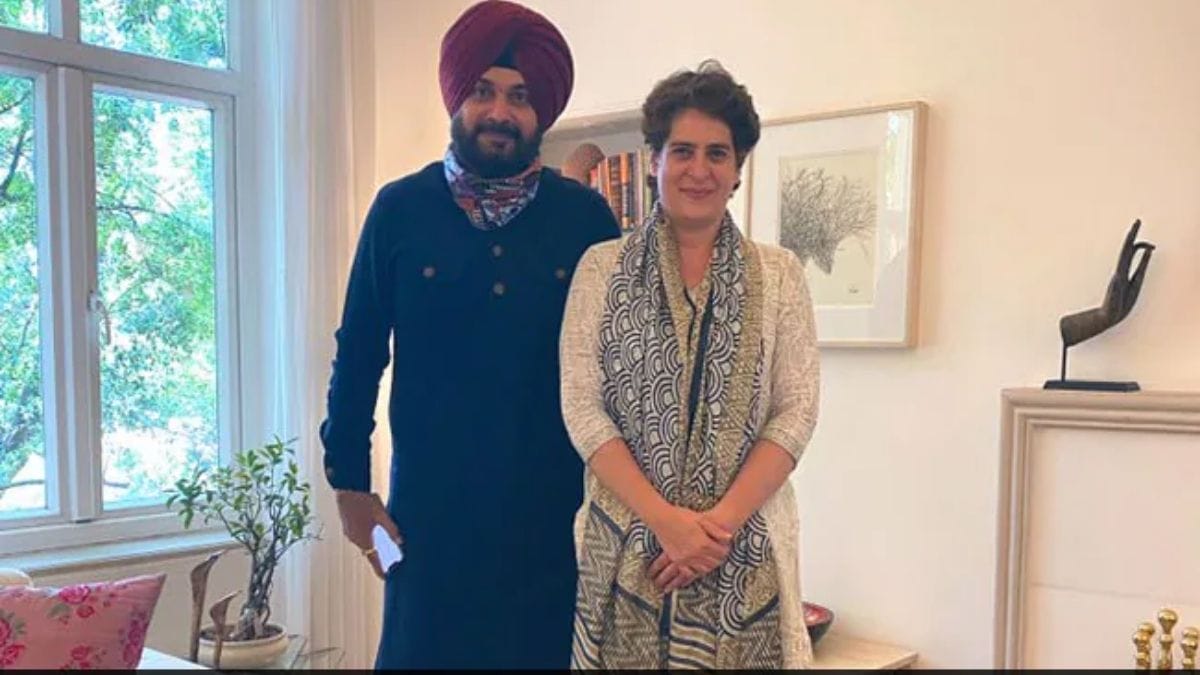 Congress leader Navjot Singh Sidhu, who is engaged in a bitter face-off with Punjab Chief Minister Captain Amarinder Singh, on Wednesday, met Priyanka Gandhi, sharing on his Twitter handle a photo with the Congress general secretary.

“Had a long meeting with Priyanka Gandhi Ji,” tweeted Sidhu, along with the image.

Earlier, there were reports that Sidhu would meet Gandhi and her brother, former Congress president Rahul Gandhi, on Tuesday. However, Rahul Gandhi dismissed on Tuesday that the disgruntled leader was scheduled to meet him on the day. Sidhu arrived in the national capital from his residence in Patiala on Monday.

The feud between Singh and Sidhu, which was brewing for a long time, has escalated in recent days, which prompted Congress president Sonia Gandhi to appoint a three-member panel to negotiate a compromise between the warring duo. The Punjab chief minister and Sidhu, a former India cricketer, have both appeared before the panel to present their arguments in front of it. Leader of the Opposition in the Rajya Sabha Mallikarjun Kharge, former Uttarakhand chief minister Harish Rawat and senior Congress leader JP Aggarwal are the members of the committee.

The infighting in the Punjab Congress unit comes just months before assembly elections in the northern state, which are likely to take place early next year. The Congress, which returned to power in Punjab by winning 77 seats in the 117 seats of the 117 members’ legislative assembly in the 2017 elections, was victorious in only one state in the recently-held assembly polls in four states and the Union territory of Puducherry. In Tamil Nadu, the party was a member of the Dravida Munnetra Kazhagam (DMK)-led winning alliance.