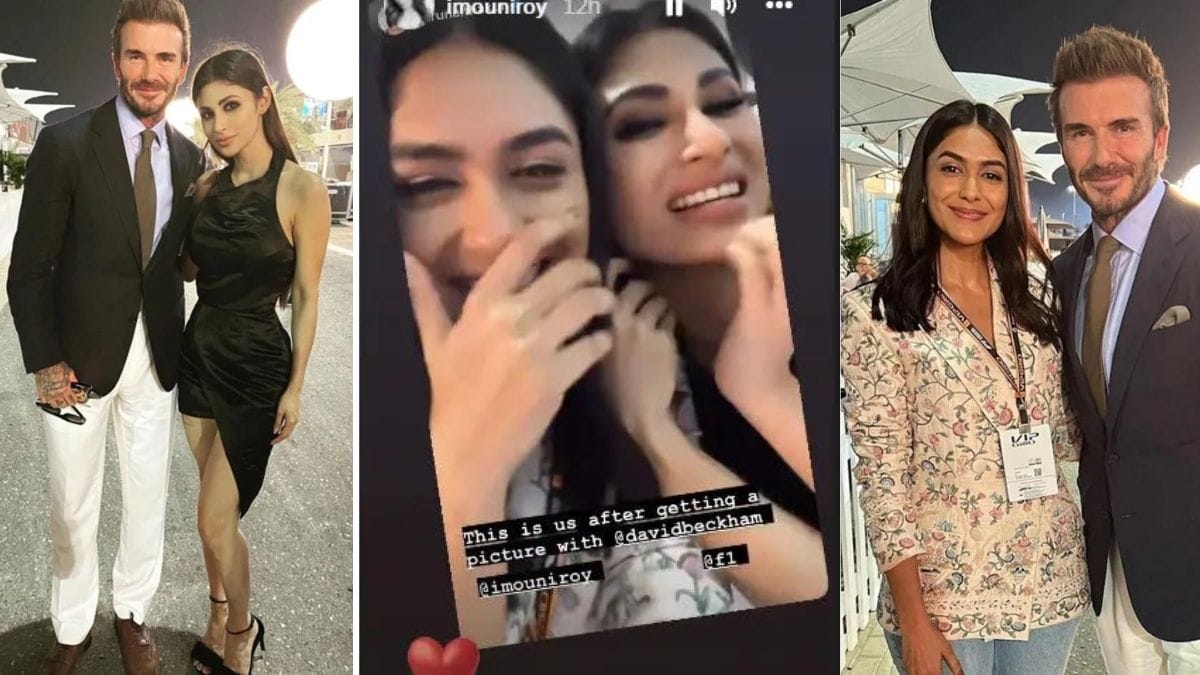 Mrunal captioned it, “AND THIS HAPPENED! BEST NIGHT EVER @davidbeckham @f1 @fabdoha. Are you jealous?”

On the other hand, Mouni also shared a picture with him and captioned it, “What just happened !?!? @davidbeckham #BEST.”

Mrunal also shared a candid video, in which she and Mouni appeared laughing non-stop and went with the caption, “This is us after getting a picture with @davidbeckham.

Another side, Mouni Roy recently performed at the Indian Film Festival of India in Goa. She was last displayed on the silver screen opposite Rajkummar Rao in Made In China. Subsequently, the actress featured in the film, London Confidential on ZEE5.