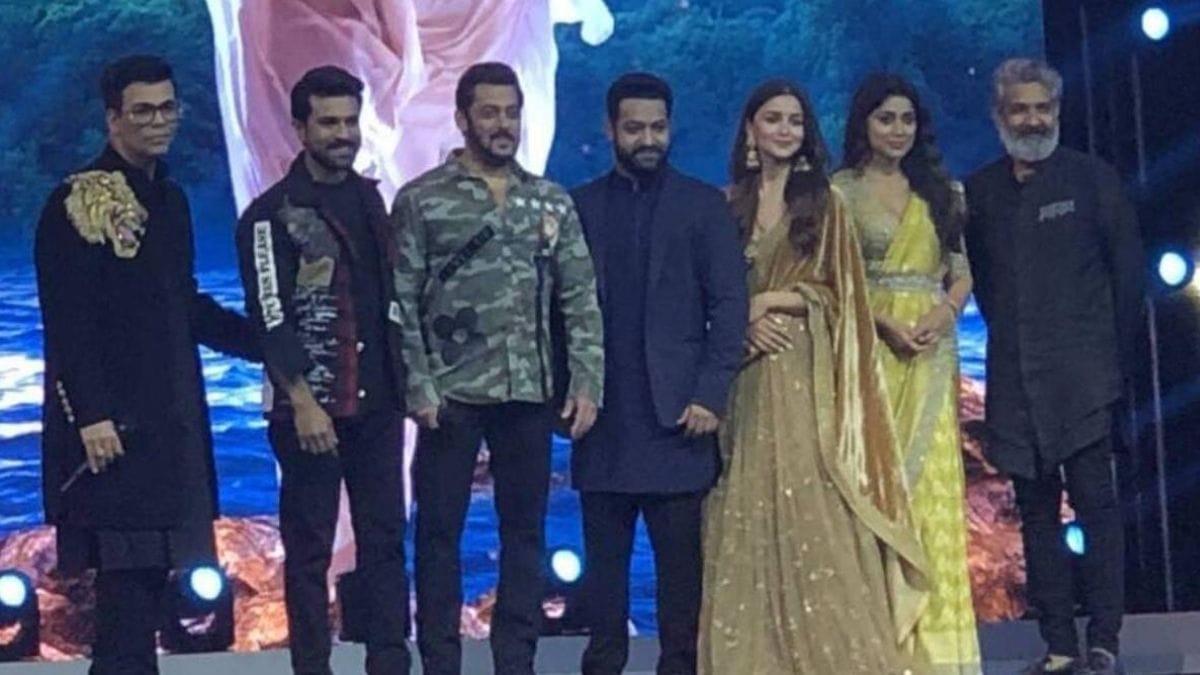 ‘RRR’ makers planned an extravaganza event for promoting it in Mumbai on Sunday titled ‘Roar of RRR’. The lead stars like Ram Charan, Jr NTR and Alia Bhatt attended the event, moreover, mega star Salman Khan also joined them on stage. And the event will be aired on Star TV very soon.

However, Karan Johar, actor Shriya Saran and director SS Rajamouli were also a part of the event. On the other hand, during the RRR event, Salman surprised the audience by making a big announcement that Bajrangi Bhaijaan is on the cards.

Bhaijaan made the revelation while talking about how SS Rajamouli’s father K.V Vijayendra Prasad gave him one of his biggest films. As KJo asked, “So can we say, this is the official announcement of the film?”  to this, Salman replied in affirmative.

Moreover, Salman Khan said about Ram Charan that he knows him for a while. Mr. Khan also called him the ‘most hardworking’ man. As he added that every time he meets Ram Charan, he is injured because of the efforts he puts in each of his projects. He furthter stated that no one should release their film for four months to avoid the massive competition.

On the other hand, Director Rajamouli also appreciated his actors. According to Pinkvilla report, the filmmaker also spoke about the differences between the two stars. “Many people asked me what’s the diff between Tarak and Charan. Charan is like a deep river filled with the brim. He is calm, but there is a lot of potential energy inside. Tarak is a thundering waterfall, full of life. That is kinetic energy.”

The director also opened up about their introduction scene in RRR, “The kind of trouble I gave them. For Tarak’s intro section, we made him run in a jungle in Bulgaria without chappals. And he ran like a tiger. As for Charan, we pushed him in the middle of 2000 people, there was sweat, dust, and blood. It is one of the best I have shot in my career.”