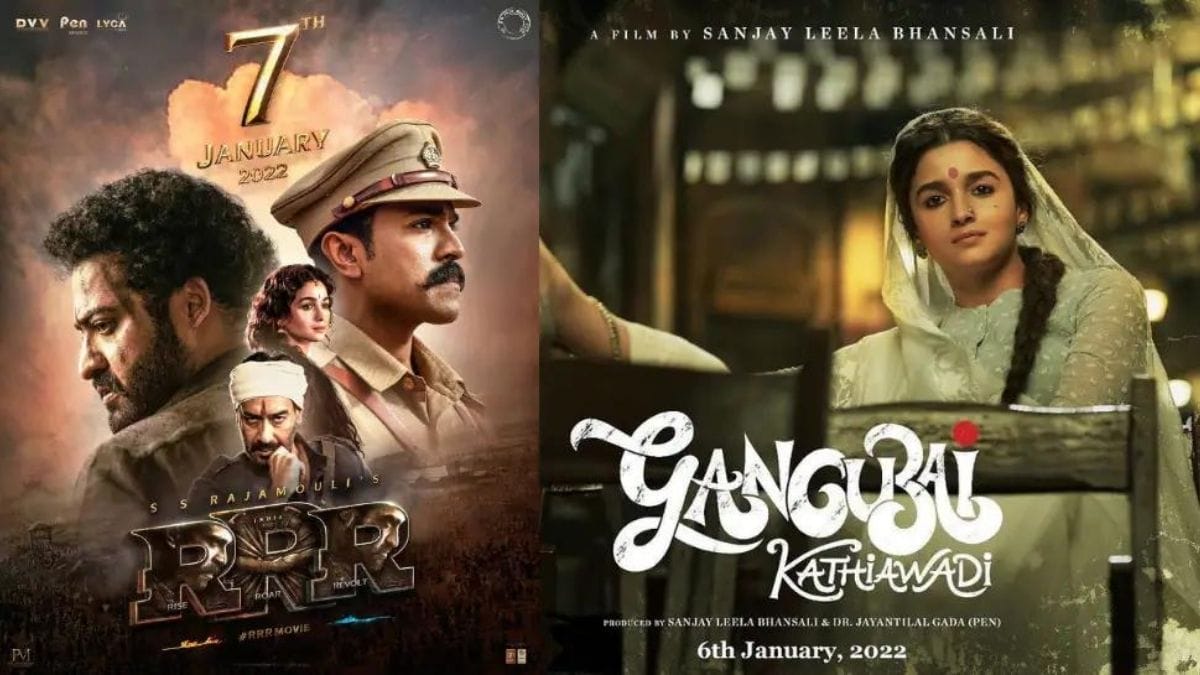 Earlier, SS Rajamouli’s magnum opus RRR was supposed to release on October 13 as a Diwali treat for Jr NTR and Ram Charan fans. However, earlier this month the makers announced that they will release the film on a new date “when the world cinema markets are up and running.” Whereas Gangubai Kathiawadi was too awaiting a theatrical release as PEN Movies denied choosing an OTT route.

RRR, which marks the regional debut of Alia Bhatt and Ajay Devgn is a fictional period drama about two Indian revolutionaries, Alluri Sitarama Raju (Ram Charan) and Komaram Bheem (Jr NTR), who fought against the British Raj and Nizam of Hyderabad respectively.

Meanwhile, Gangubai Kathiawadi is based on S Hussain Zaidi’s book ‘Mafia Queens of Mumbai’, which is based on the true life of a brothel owner and a matriarch turned politician Gangubai who hailed from Kamathipura. In this film where Alia is playing Gangubai, Ajay Devgn will helm the character of Karim Lala.

Surprisingly, both of these films are being distributed by the same company: PEN Marudhar Entertainment. After knowing the fact that a clash results in at least a portion of the business being divided, we wonder why this company would want to release two lavish starrer big films at the same time? What do you think about this?