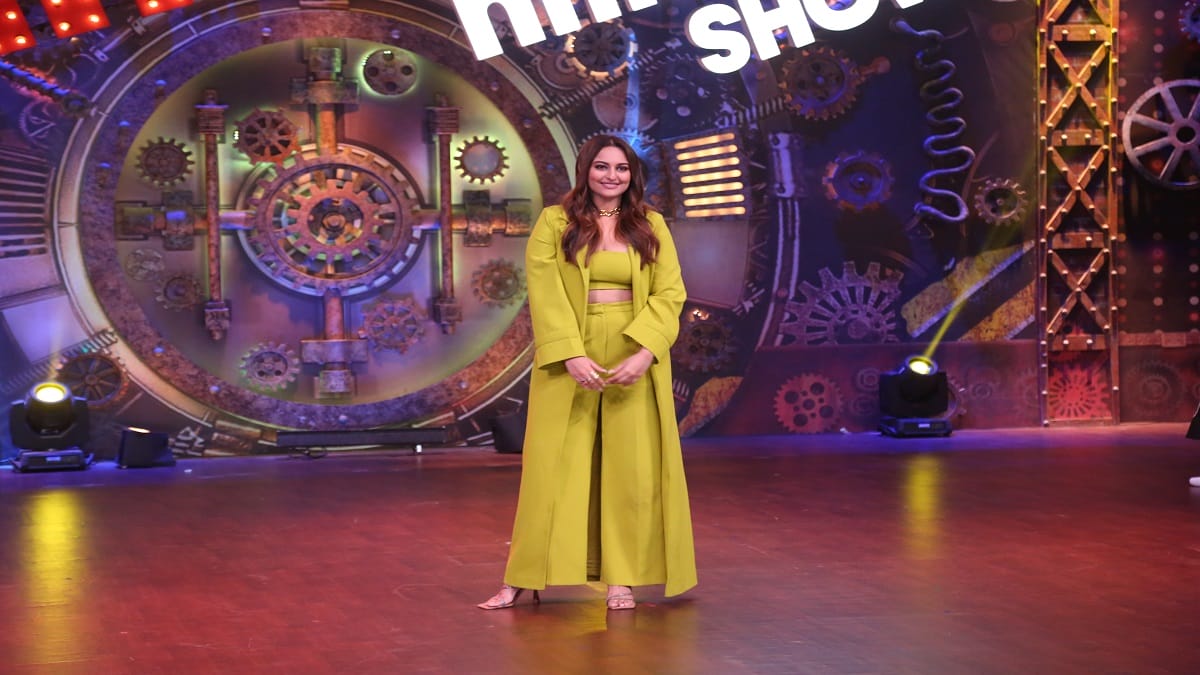 India’s first-ever interactive game show, ‘The Khatra Khatra Show’ has been hailed by netizens for catering to their daily dose of entertainment, ever since its premiere on Voot and Colors TV. Being the ringmasters of this one-of-its-kind show, hosts Bharti Singh, Haarsh Limbachiyaa, along with the Friday Special Host Farah Khan, have raised the comic bar a notch higher with their antics. To tickle the viewers’ funny bone, Bharti, Haarsh and Farah make popular Indian celebrities participate in a host of awkward dares, hilarious pranks, dhamakedaar tasks, and mazedaar games.

Recently, Bollywood diva Sonakshi Sinha graced the show as a special guest to take on some ‘Khatra Khatra’ challenges alongside other celebrities. In a fun banter during a game segment, Farah Khan took a humorous dig at her co-host Haarsh Limbachiyaa. She said, “Looks like Haarsh enjoys getting beaten by girls.” Pointing at Sonakshi, Farah jokingly added, “Sona has beaten Haarsh, Sana, Vishal and Nishant more than she must’ve beaten people in movies!”

Furthermore, Sonakshi opened up about a crazy fan gesture where a fan had entered Sona’s bathroom to surprise her, and as soon as the actress entered her vanity van, he barged out of the bathroom and went down on his knees to pop the big question.