Sushmita Sen and Zeenat Aman, two women from two different eras in B-Town industry, both of them made their professional and personal fronts successful, and emerged stronger from the fire of tabloid gossip and finger pointing. Interestingly, both of them celebrate their birthdays on the same day (19th November). 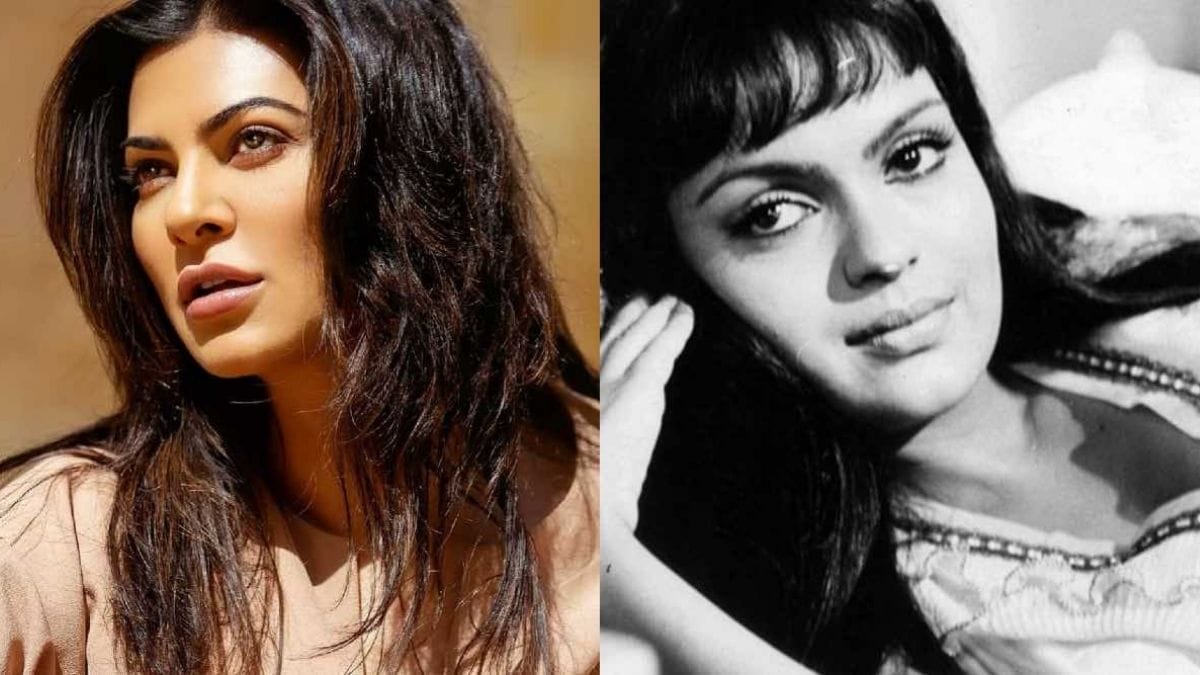 Sushmita Sen and Zeenat Aman, two women from two different eras in B-Town industry, both of them made their professional and personal fronts successful, and emerged stronger from the fire of tabloid gossip and finger pointing. Interestingly, both of them celebrate their birthdays on the same day (19th November). Sushmita turns 46 today, while Zeenat Aman turns 70.

Actress Zeenat transitioned into modelling and beauty pageants after a short stint as a journalist. In 1970, she was the second runner-up in Miss India, another side, she won Miss Asia Pacific. Zeenat started her career in 1971, and then shot to fame with Hare Rama Hare Krishna. One of her most popular roles include the sensuous Satyam Shivam Sundaram, where she featured as Rupa, a simple village girl with severe burns. However, Zeenat experimented with her fashion choices as well as acting skills. Her choice of selecting characters defined most of her professional front.

On the other hand, Sushmita Sen transitioned from the loud, over-the-top, blustery 90’s to the 2000’s top-notch personality. Sushmita’s films might not have worked that much, and she perhaps doesn’t have so many blockbusters to her credit, still she never faded out of the limelight. Although Susmita had to face roller-coaster ride many times in her film career, Sushmita made an unconventional choice at the age of 24. As the actress adopted Renee, and then Alisah in 2010, taking a sabbatical from films. Subsequently, she opened up about the different approaches to motherhood with the both of them, and expressed regret that she did not give Renee enough time. Moreover, the star stated, “I thought that I have to keep making money, keep paying the bills. My approach to motherhood with Renee was more like a father – the provider. I didn’t have the time to be the provider and the nurturer because there was just so much work to do. I literally had her in a sack, with Chi Chi (Govinda) and David Dhawan holding her on the sets, and I’m giving my shot! I worked like that because I wanted to stay close to her, the best I could.”

Meanwhile, Sushmita decided that she would not do the same with Alisah, “I wanted to see her through her formative years. After she turns six, I can look back at working. If my career in films is done by then, so be it. I’ll get into business or I’ll do something else. But this, I cannot miss.”

However, Sushmita is going strong with model Rohman Shawl nowadays, and doesn’t hold back from expressing her love for him. In an interview with Rajeev Masand, she also revealed that her daughter once asked “What if we don’t like your boyfriend?” To this, Sushmita replied, “You don’t have to like him. I have to like him.” Susmita Sen is always popular for her brave personality over any circumstances.

However, Happy birthday to the top-notch personalities, Zeenat Aman and Susmita Sen!