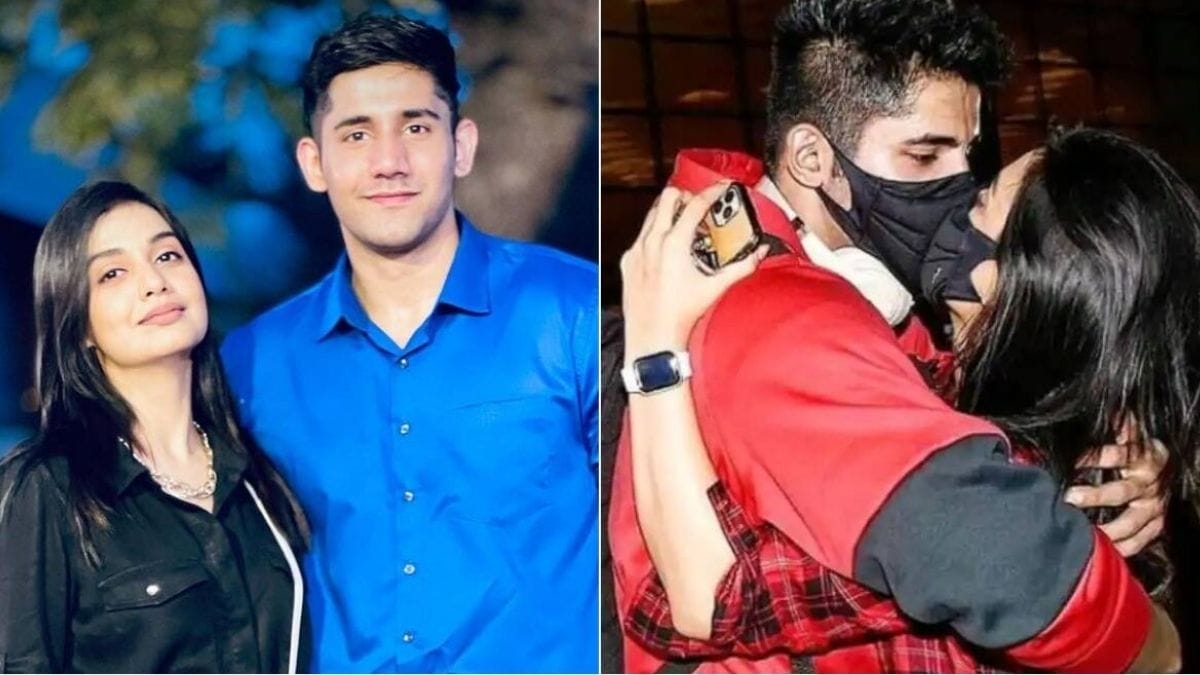 Varun Sood who had appeared in Roadies gang chief is all set to participate in Khatron Ke Khiladi. Sood was recently captured kissing his girlfriend Divya Agarwal at the airport.

Varun was leaving for Cape Town in May, while he gave a farewell kiss with a warm hug to his girlfriend Divya. The couple know each other for quite a long time and fell in love with each other. Both of them also hosted some actuality sequence for MTV.

Varun Sood and Divya Agarwal will be in a two months long distance relationship as Varun is travelling for his shoot. As per the netizens, the couple’s romantic gesture was PR strategy to create some noise for the couple. Many also questioned Divya’s act of holding the poster on Varun’s arrival.

On an interview about the controversy with indianexpress.com, Varun said, “She came to drop me off at the airport. And even if there were no cameras, we would have kissed. That’s how we are as people, who wouldn’t shy away from showing our feelings. I don’t know why it was said to be a strategy. As for the time when I came back, honestly, it was four in the morning. I didn’t even expect anyone to be there.” Varun further said, “I am rather a person who likes my personal space. We have never planned anything like this with the media, I don’t think I am smart enough to even do that,”