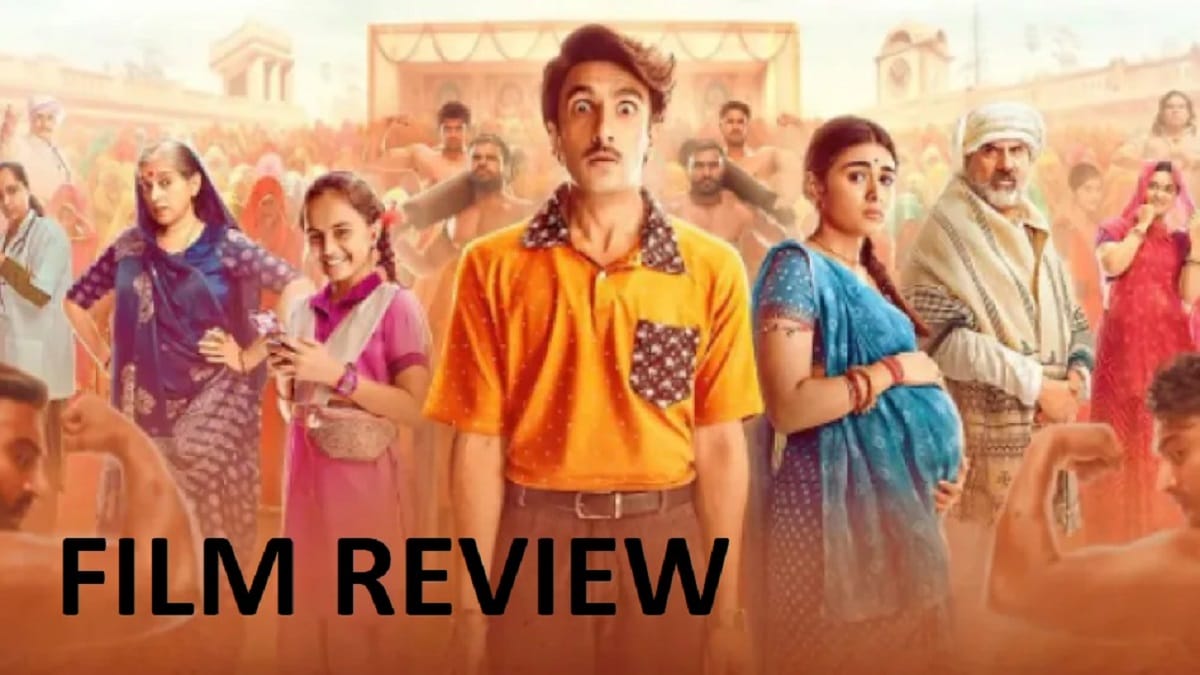 Jayeshbhai Jordaar tells the story of Jayeshbhai, a resident of a fictional Gujarat village where saying female foeticide is a practice would be an understatement. It is almost mandatory. Yes, the sex of the baby is customarily pre-determined by the family (the groom’s father and mother) and if it turns out to be a female child, it is killed inside the womb! All sorts of totems, charms, and mantras are handed over to the couple with the blind faith that these would enable the duo to conceive a male child.

Yes, that’s the premise of the film. They say art imitates life, well rightly so, at least in the case of this film. This film deals with a subject that is so rampant in our country, especially in the hinterlands, where education is still non-existent. People rely on age-old and archaic beliefs and thought-process so much so that they can’t even think straight! They have lived their lives in that way and continue to do that without being aware or in any way concerned about the repercussions!

Ranveer Singh’s Jayeshbhai is a lovable Gujju lad who is a caring husband, a loving father, and also an obedient son but with a mind far more evolved than that of the family, he is so much a part of. He is sick of the customs his family reeks of, he is sick of the thinking pattern of the people he is surrounded by, he is sick of having to force himself to do things he doesn’t adhere to but has to do anyway, because, at the end of the day, they are his parents, so he acts, he puts up a façade to impress them!

On the other hand, his wife MudraBen, played by Shalini Pandey a coy, uneducated girl who is used as a machine to give birth to babies by her in-laws, and she bears all that because she is a simple village lass who hides her face behind a ten-inch-long veil and is taught whatever the husband and her family says or does to her is right and that is the only kind of treatment she deserves! She is unable to give birth to a baby boy which her in-laws so desperately want and therefore she considers herself to be unworthy!

Jayeshbhai and his wife have a daughter Siddhi, played by Jia Vaidya who is a firecracker! She is fearless and clever. She is the next-gen kid who is brought up in the internet age and YouTube satiates her thirst for knowledge and for the other things she obviously asks Google or in this case (Sarla) yes, it is “Hello Sarla” in this film! Together they make a trio that is at once strong and at once vulnerable!

Boman Irani plays Pruthvish bhai, Ratna Pathak Shah plays his wife Jashoda and together they are Jayesh’s parents who just want a boy in their family by any means so that they can declare him to be their heir. Pruthvish is the patriarch of the family and he is tall and towering so much so that Jayesh can’t even look straight into the eyes and talk to him, Jayesh’s existence is literally dwarfed in front of his father’s. Pruthvish bhai knows whatever he decides or says is the last word and everyone has to go with it. Jashoda is the matriarch of the family who also wants a baby boy and she will do whatever it takes to get her son to be a father of one, even if it is getting him married for the umpteenth time! Jashodaben is married in the family for eons now and she has literally forgotten her existence and has coloured herself into the ways of the milieu she is part of! After all “inhi ke beech mein rehna jo hai”.

After Pruthvish bhai and his wife Jashoda discover that for the sixth time in a row, after having killed the other five female foetuses this time again, Mudraben is ready to give birth to another girl, they have had it and want to get rid of her by getting their son married to another girl. That’s when Jayesh puts his foot down and flees from the clutches of his family. What happens next? Does his family catch up with him, if yes, do they manage to get him remarried? What happens to the daughter, Mudraben and the baby in her womb? All these questions will be answered once you watch the film. One interesting part of the film is that even though its backdrop is a Gujarat village, no name has been given to it, however, another province in India which is notorious for female foeticide and infanticide Haryana has been named in the film! Why that difference I would definitely question.

Ranveer does a good job playing Jayesh and he gets his role to the T, he makes sure to completely transform himself into the character, right from the body language to the mental workings of his character. Shalini Pandey as Mudraben too does a good job, the character that stands out is Jia Vaidya’s portrayal of Siddhi who is sharp, witty, is internet and technology savvy and is also fearless and also has the ability to handle complex situations.

The hero of the film is the director Divyang Thakkar who is also the writer of the film, it doesn’t seem as though he is a first-time director, it seems as though he has seen these situations and has been through this kind of a crisis in his personal life as well. Thakkar is a Gujarati himself and is therefore very nicely aware of that milieu and their practices and he has used all of that adeptly in the narrative! Kuddos to him!

The art direction by Amrish Patange, Dayanidhi Patturajan, Tanish Rao and production design by Mayur Sharma deserve a special mention, it looked as though the lanes and bylanes of Gujarat came alive on the screen!

The one big minus point of the film is the fact that the narrative has a comic streak to it. When a film has such a powerful premise, I personally do not adhere to the idea of using comedy to propagate a message, and nowadays, filmmakers especially in Bollywood are using this trope to make hard-hitting subjects more palatable to the audiences. Also, one of the major lows of the film is that a kiss between the bride and the groom which results in the birth of the baby. The absurdity of the scene is, that the wife is in labour and is trying to push out the baby, and all of a sudden on an impulse, she kisses her husband on the lips because they hadn’t kissed ever and TADAA the baby is born!

The moral of the story is, that it doesn’t benefit to be a clown all the time! All in all, a one-time-watch, a neat and clean film with a powerful subject and good performances.